MAESER, Utah - Residents in the town of Maeser are cleaning up after two nights of flash flooding damaged some homes and properties in the area.

Residents like Casey Blackburn spent the day cleaning up after flash floods brought water, mud and debris into homes.

"We got our cars out of the driveway, that blue van sitting down there, it had water up to the floorboards," Blackburn said.

“It went clear up to the top step," she said. "I would say a few feet... my son was in waders and he had to stand on top of our Tundra to get the video footage we had."

County officials said no one has been injured or displaced and that the damages have so far been minimal. Tal Ehlers, Emergency Manager for Uintah County, said several homes experienced flooding.

The Office of Emergency Management brought in thousands of sandbags and dump trucks filled with sand to help residents protect their property. Pierce said the community is working together.

“Community members, other neighbors, great people that really come together and worked on everybody's yard getting everybody sandbags," she said. "We all just worked together, and it was terrific how everyone pulled together, brought the sand, and filled the bags. It was about midnight when we all finished."

Rain remains in the forecast for the area through Monday, and residents said they are hoping for the best and preparing for the worst. 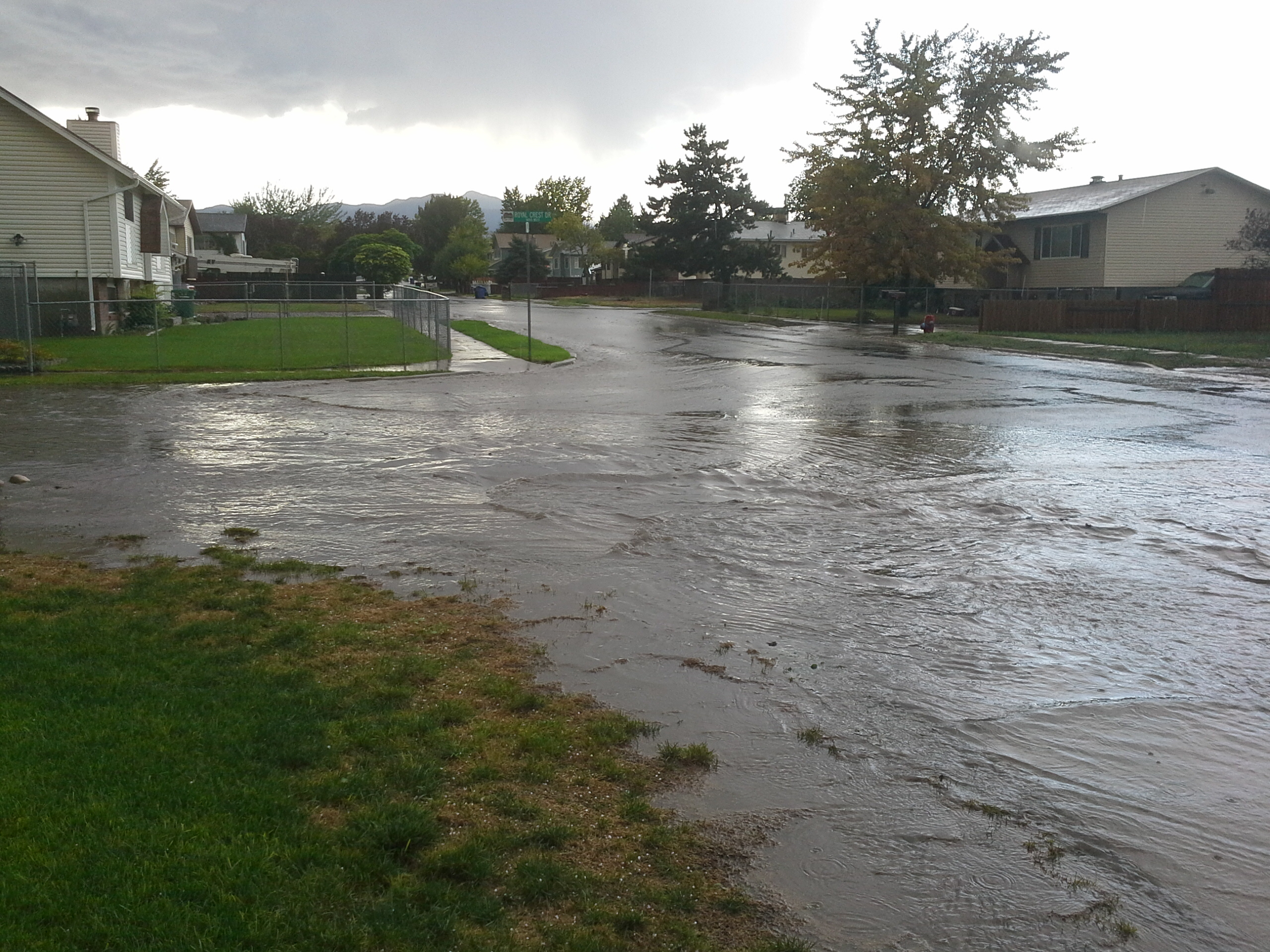