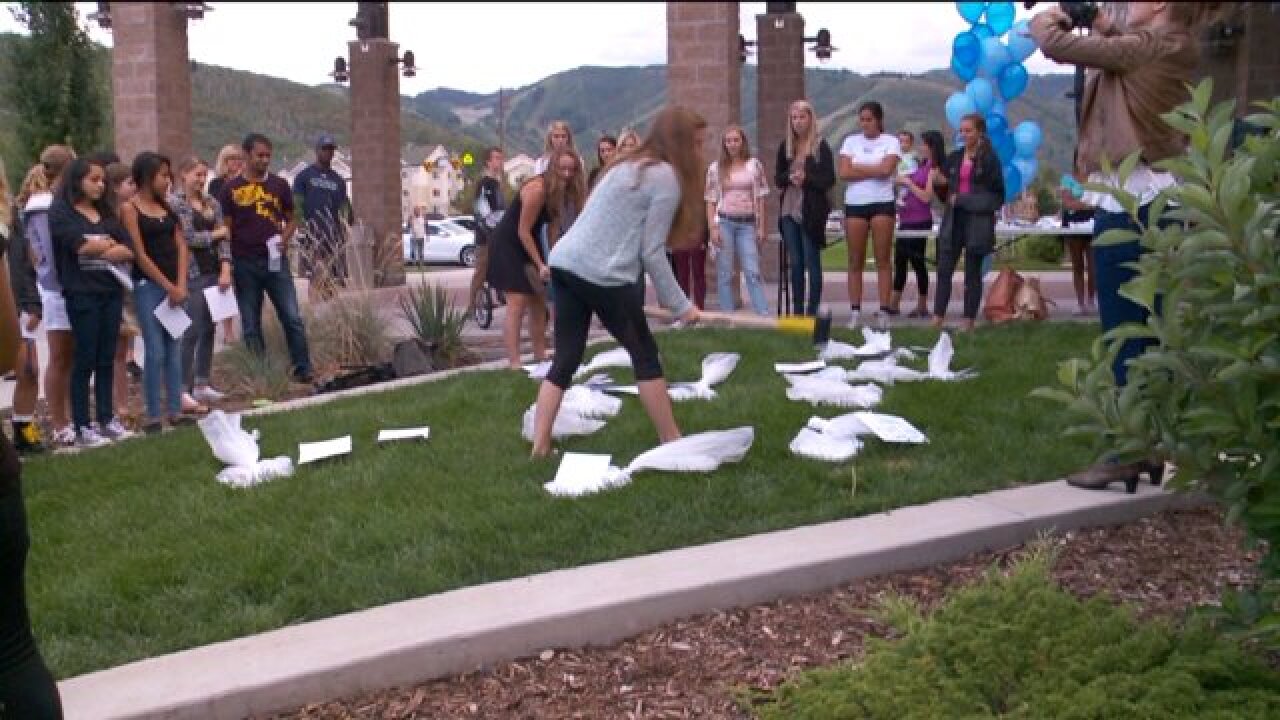 PARK CITY, Utah -- Weighing yourself can be the source of a lot of pain but at Park City High School, the scales were smashed Monday night.

People who’ve suffered from eating disorders had a message for their audience – “you are more than your looks, more than a number of a scale.”

On top of the smashed scales, specific messages about body image were written. The scales were also called "tombstones."

“So kind of what would you say to your scale?” said McCall Dempsey. “The scale never represents anything positive for many people."

Dempsey founded the nonprofit group “Southern Smash” after battling an eating disorder since she was a teenager.

“From restriction to purging to over exercising,” she said.

“I left treatment and I just knew I wanted to pay it forward,” Dempsey added.

On Monday night, she told Park City teenagers, women and men how anorexia and bulimia sent her health into a downward spiral.

She and the nonprofit group, “Beauty Redefined” promote what they call positive body image and say it’s important to shut out media messages.

“Women are bombarded by messages that say you are identified by what you look like, period and if you don't look good and you're not thin enough, you're not worth anything and that's got to stop,” said Steve Gordon.

Gordon’s 17-year-old daughter Jessie is recovering from anorexia after being diagnosed at age 12. She says being thin became an obsession. For her, smashing the scales is liberating.

“It kind of shows myself that I’ve gotten through it for the most part,” Jessie Gordon said.