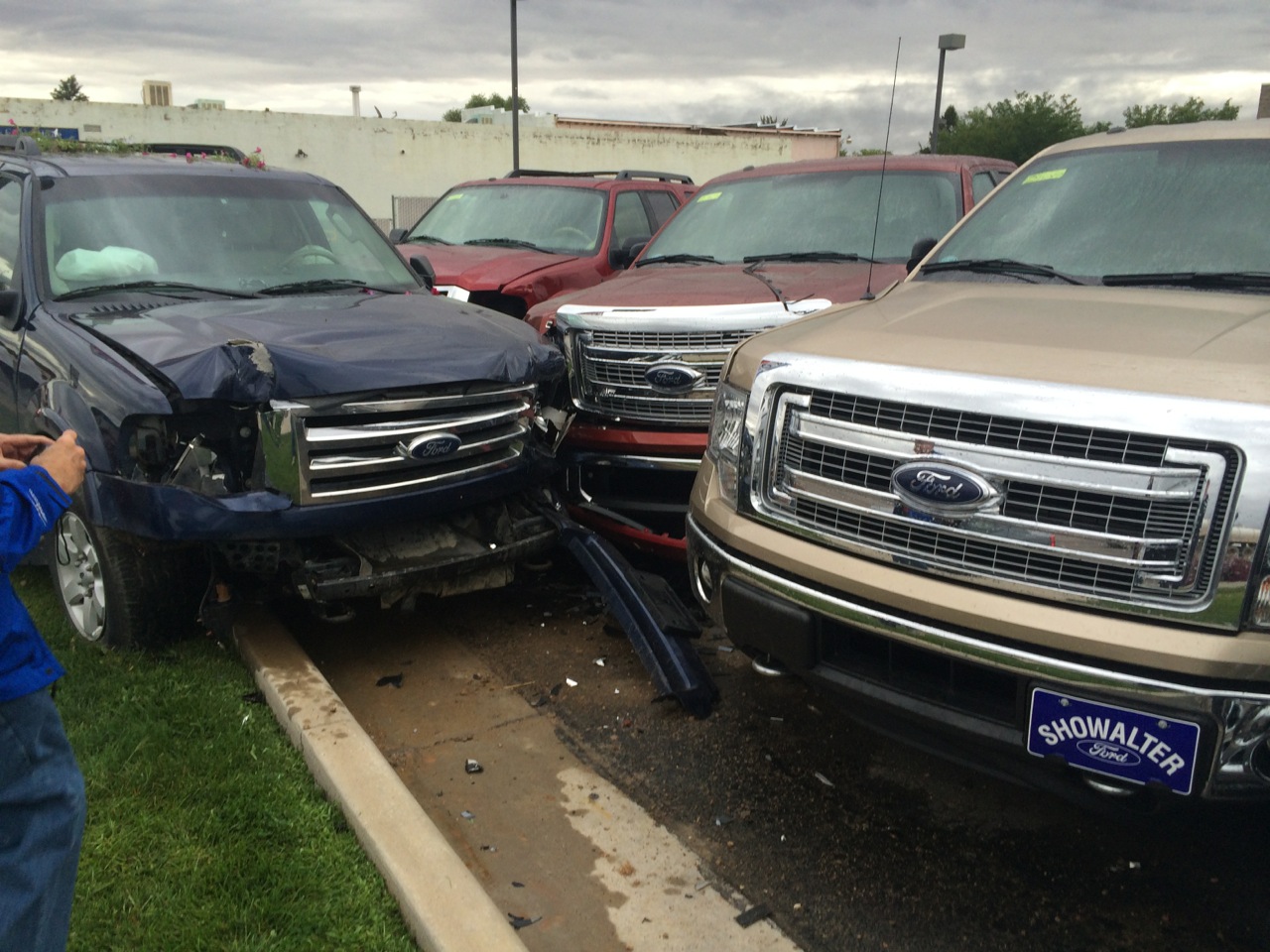 VERNAL, Utah — A teenager ran into five vehicles on a new car lot in Vernal after falling asleep at the wheel Saturday, officials reported Tuesday.

In the early morning hours of Saturday, Vernal city officials say the teen, driving a 2010 Ford Expedition, was traveling west on Main Street when juvenile fell asleep at the wheel.

Officials say the damage to three of the vehicles was extensive and moderate to two others. The light poles and planters were completely destroyed.

Estimated cost of the damage is unknown at this time.

The teen driver was issued a citation for failure to operate a vehicle in a single lane.