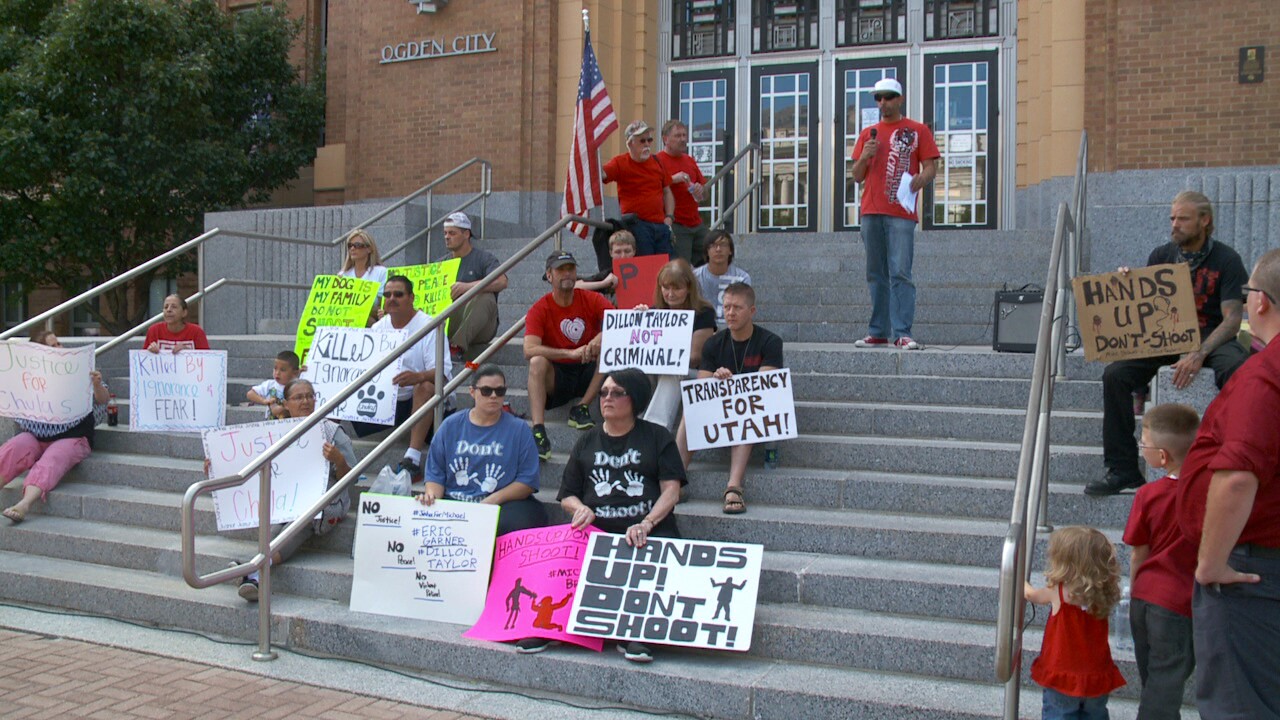 Participants chanted “Hands up, don’t shoot” a phrase that has been made famous during protests in Ferguson, Missouri that came in the wake of an officer involved shooting that left 18-year-old Michael Brown dead.

The rally was held outside the city's offices on 25th Street and Washington Boulevard, and those who attended also focused on the death of 20-year-old Dillon Taylor, who was shot and killed by a Salt Lake City Police Department officer as Taylor was leaving a 7-Eleven. Numerous protests have been held in the wake of the shooting, including an event held Monday.

Taylor’s sister, Teesha, was at Saturday’s protest and spoke about the loss of her brother and what that means to the larger movement the rally was a part of.

“When I walk into my door, it's like I expect to see my brother there, and it's not, he won't ever be there,” she said. “But just knowing that all these people are here to fight for the justice of Dillon Taylor, my brother, it makes me feel good, you know. It's not just me standing alone like I thought it would be."

The protesters said they would like to see police wearing body cameras to record their interactions with citizens. They said this would increase transparency in cases where police use force.

The officer who shot Taylor was wearing a body camera, but so far that footage has not yet been released. The shooting remains under investigation.