Semi accident leads to broccoli blunder, no one seriously injured 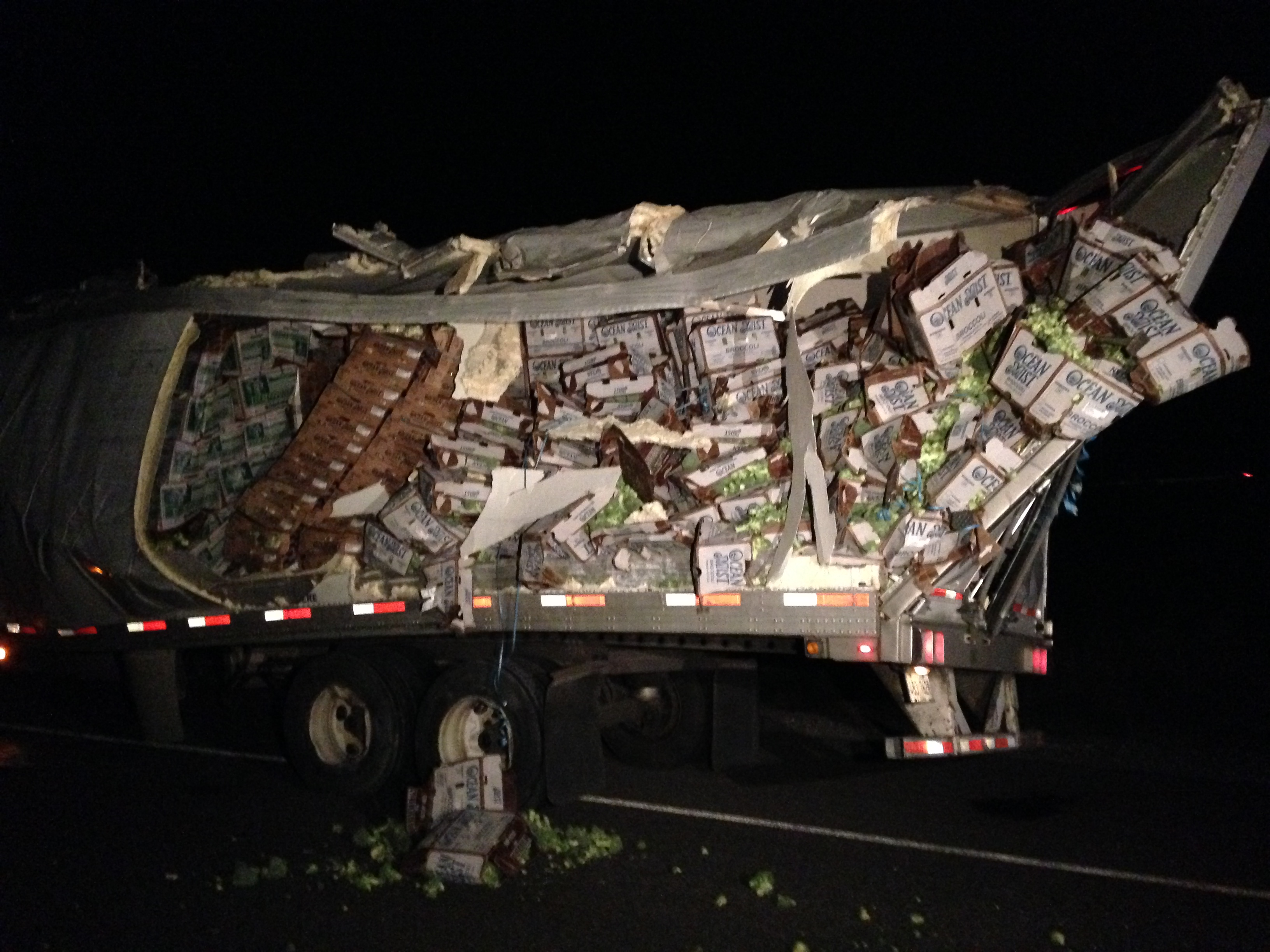 TOOELE, Utah – A driver is recovering after a rollover crash on I-80 troopers said was caused by spilled broccoli.

The Utah Highway Patrol said a semi truck hauling close to 75,000 pounds of produce veered off the road and hit a cement pillar supporting an overpass at about 2 a.m.

The crash shaved  off about 15 feet of the trailer’s driver-side wall, sending broccoli bouncing across 200 yards of the interstate.

Trooper Brandon Alsop said, “The vehicle that was following the semi swerved to miss the debris that was being lost on the freeway. He ended up going off on the righthand side of the road and rolling over.”

Authorities said the driver of that car was taken to the hospital but was not seriously injured.

The semi driver was not hurt.

All eastbound I-80 were closed while crews cleaned up the mess.

The lanes have since been reopened.