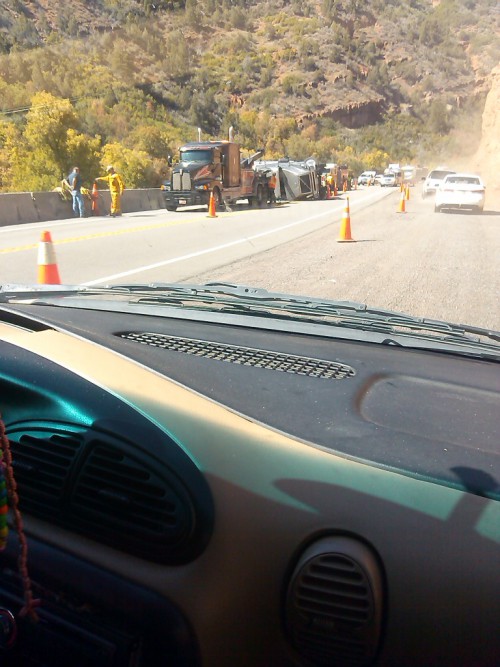 Sgt. Mary Kaye Lucas of the Utah Highway Patrol said a semitrailer carrying about 40,000 pounds of apples overturned while traveling eastbound in Spanish Fork Canyon on State Route 6 around 10 a.m.

There were no injuries reported in connection with the crash, but eastbound lanes were closed for several hours and traffic was diverted onto westbound lanes in the area. Lanes were reopened around 3:30 p.m.

It was not clear what caused the truck to overturn. Photos from a FOX 13 News viewer show the scene of the crash, see the gallery above for the images.