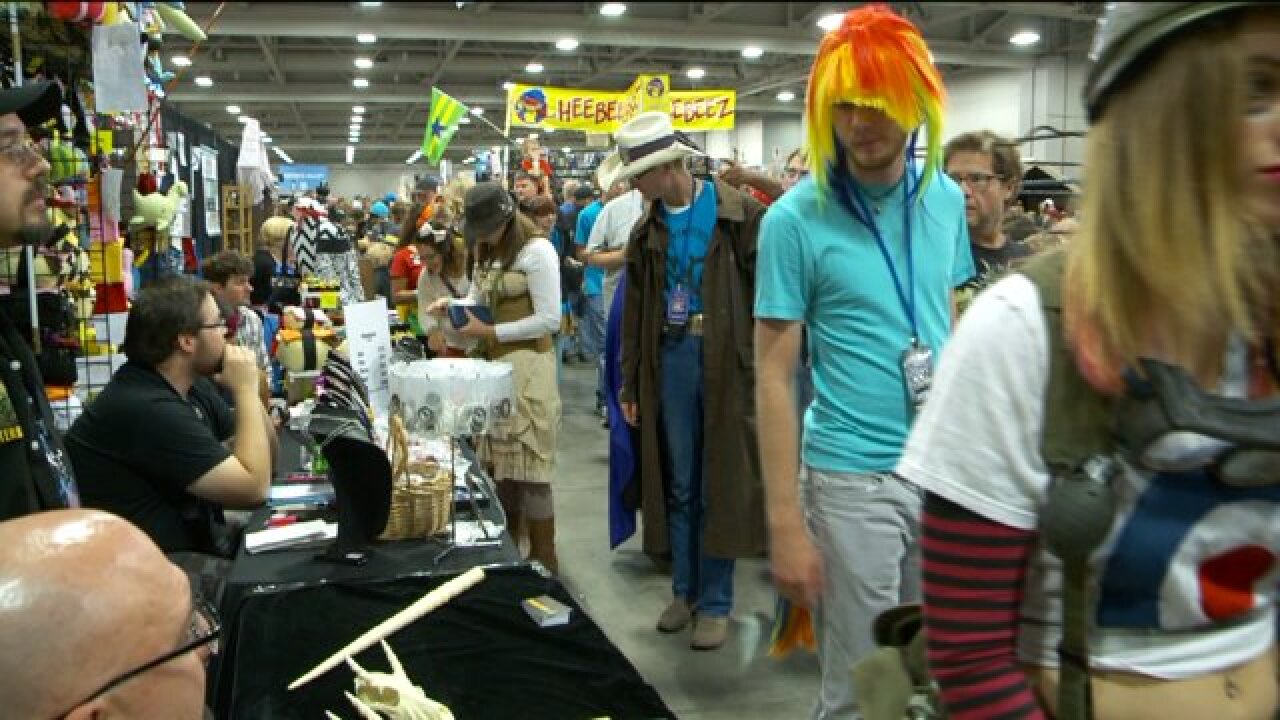 SALT LAKE CITY -- In a city known for its outdoor recreation, it was the event taking place indoors all weekend that brought crowds into Salt Lake City.

Comic Con launched in Salt Lake City just one year ago, but it only continues to grow. Sold out by noon on Saturday, the event cost about $2 million to run and hosted about 300 vendors, all of which, Farr said, translates into big money for the city in dining and hotels.

“Without a doubt we’re bringing in a lot of money to the city,” Farr said. “That number is definitely in the millions of dollars of impact to the downtown and Salt Lake.”

But only about 15 percent of those spenders are from out of state, which is the target group for tourism dollars, according to Scott Beck , President and CEO of Visit Salt Lake.

“Money that goes from Sandy to Salt Lake is not really the economic development on a regional perspective,” said Veck, who is the president of the organization.

This year, the group helped book about 800 hotel rooms for Comic Con guests, significantly fewer than the more than 38,000 they secured for guests at the Outdoor Retailers show, a big attraction for out-of-state visitors.

But after the success of year two, next year’s Comic Con is only promising to be bigger, giving people yet another reason to visit Salt Lake.

“Some of the big comic book companies, we want to get them more involved, and we want to make it a destination Comic Con,” Farr said.