At the beginning of August a landslide claimed one home in the Eagleridge neighborhood.

Almost 30 residents were evacuated as a precaution.

Now the home is being torn down.

The city of North Salt Lake says the landslide and damages are not its fault.

“Legally I don’t think we were at fault, we weren’t up there grading, we didn’t move equipment and so legally we’re not at fault,” North Salt Lake Mayor Len Arvae said.

Read the full statement from city officials of North Salt Lake below:

The slide was a catastrophic event and the city expresses its deepest sympathy to those affected. We understand that there is significant work to be done to repair the damage which has been caused. The City does not believe it is responsible for or at fault for the slide.. The City did not cause the slide nor could it have safely done anything to prevent the slide from occurring after it began to manifest itself.

Many people have asked why the City did not just deny the application to develop subdivision in the first place. The City does not believe it could have legally denied the application for the subdivision to be built on the hillside. Private property owners have rights under both the state and federal constitutions to the reasonable use of their property and the City has been given very limited powers by the state legislature to regulate the subdivision of land. Current state law requires the City to approve any subdivision that meets the ordinances of the City.

This subdivision met all of the ordinances of the City. This particular plat was part of an ongoing development that was first approved some years ago. Most of the homes and property affected by this slide were approved as part of the same development. The City required a soils report from a qualified engineer for the entire subdivision and required another specific report for the latest phase of the subdivision. Both of these reports indicated that the land was suitable for the subdivision and the city relied on those reports as it made decisions.

Even though the City does not believe it is legally responsible for the damages incurred in the slide, we are very concerned for those affected. The City intends to work with the developer and the community to assist those people and entities damaged and to take steps to mitigate future damage as much as possible. This assistance currently planned consists of the City using its personnel, consultants, expertise and equipment to evaluate the situation with the goal of preventing any further damages and in mitigating the damages already incurred as much as possible.

At this time no decision has been made about the use of tax dollars to directly compensate anyone damaged by the slide. If the City does decide to use tax dollars for this purpose it will not be because it believes it is legally responsible for the slide but for other reasons. 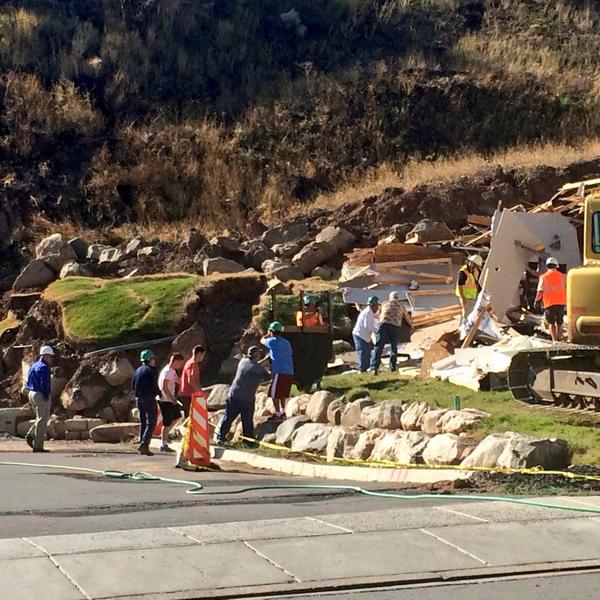