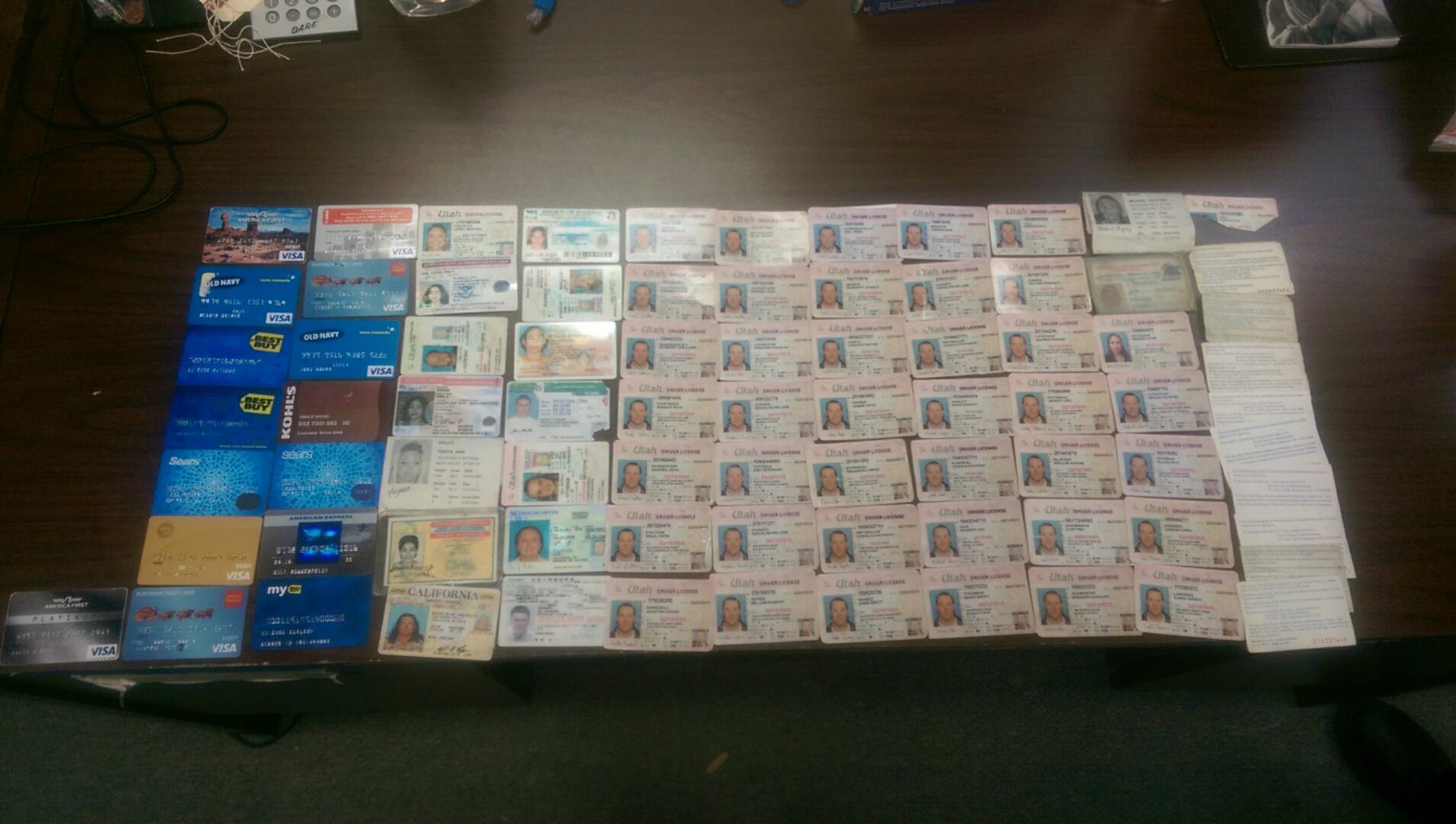 PRICE, Utah – What began as a welfare check at the honeymoon suite of a motel in Price led police to the discovery and seizure of hundreds of items, and two people have been arrested.

Police in Price were called to a Super 8 Motel by motel management, who requested officers make a welfare check on guests who were present past checkout time but non responsive to contact from management.

A press release from the Price City Police Department states that when officers arrived they spoke with a woman and observed an unresponsive male in the room, along with “numerous suspicious items consistent with a sophisticated forgery operation, in plain view.”

The man in the room initially supplied police with what was discovered to be a false name, and the man was eventually identified as 33-year-old Joshua Call of Salt Lake City, formerly with ties to Helper. Call had an active warrant out for his arrest for possession of a dangerous weapon.

The woman was identified as 35-year-old Rebecca Jimenez of Salt Lake City.

Police searched the room and found suspicious items, and then later examined the items critically once a search warrant had been obtained. The press release states police found what is alleged to be 1.4 grams of cocaine, 4.5 grams of methamphetamine, numerous items of paraphernalia, electronic forgery items, a stolen handgun, stolen and forged checks, stolen credit cards, “dozens of quality forged Utah driver licenses all with Call’s photo but with various names and numbers (some legitimate, some made up)”, and several stolen Social Security cards.

Anyone who believes they have been a recent victim of mail theft, forgery or identity theft is asked to contact their local law enforcement agency and reference case number 20141208 from Price City.

In addition, Call was booked for his warrant and charged with giving false personal information to a police officer. The press release stated Call may also have a “statewide warrant out of West Jordan.”

The release stated Call has an extensive criminal history and 25 previous arrests. The man has convictions for drug possession and distribution, domestic violence, stolen property, burglary, forgery, DUI, mail theft and other offenses, according to the press release.