‘One Wasatch’ plan aims to connect 7 ski resorts in Utah 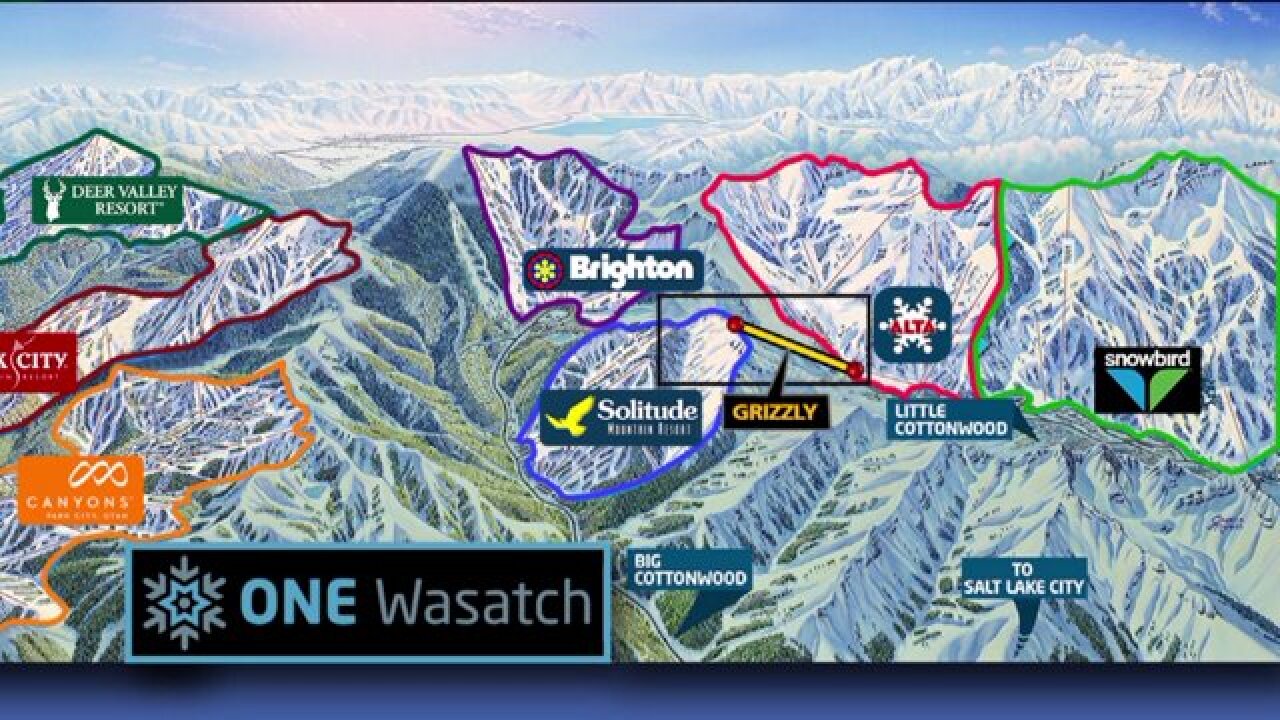 SALT LAKE CITY – Vail’s purchase of Park City Mountain Resort could put the “One Wasatch” project on the fast track.

The idea is to link seven ski resorts in order to offer 18,000 acres of terrain—all on one pass.

Officials with Ski Utah said the recent change in ownership at Park City Mountain Resort means that the Canyons and Park City will be linked by the 2015-2016 ski season.

“This is a tourism product that we could offer here in Utah that nobody else in North America has, not even close,” he said.

The next largest area of connected terrain in America offers less than half of the 18,000 acres One Wasatch aims to provide.

"Our overall goal is to be able to have that experience where you can ski up to seven resorts and to get in between those ski areas,” Rafferty said.

The plan calls for two new sets of lifts. One would connect Big and Little Cottonwood Canyons.

Alta would build a lift up Grizzly Gulch, where it would connect with a lift up Solitude's Honeycomb Canyon.

The second set, based at Guardsman Pass, would shuttle skiers from Brighton's Great Western lift to Park City Mountain Resort and from Park City's Jupiter Bowl to Brighton.

Another plan called Ski Link would aim to connect Solitude with the Canyons Resort. The two initiatives are separate. See the video above for more details on the One Wasatch proposal and its reception.