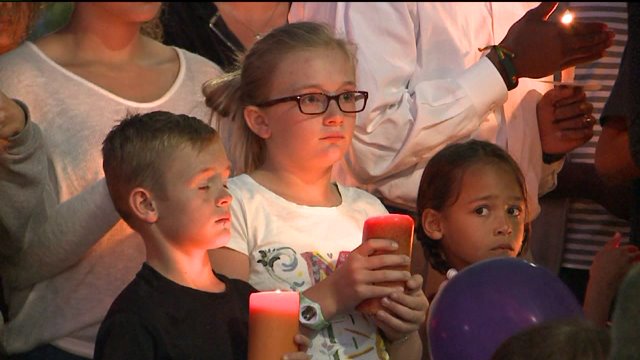 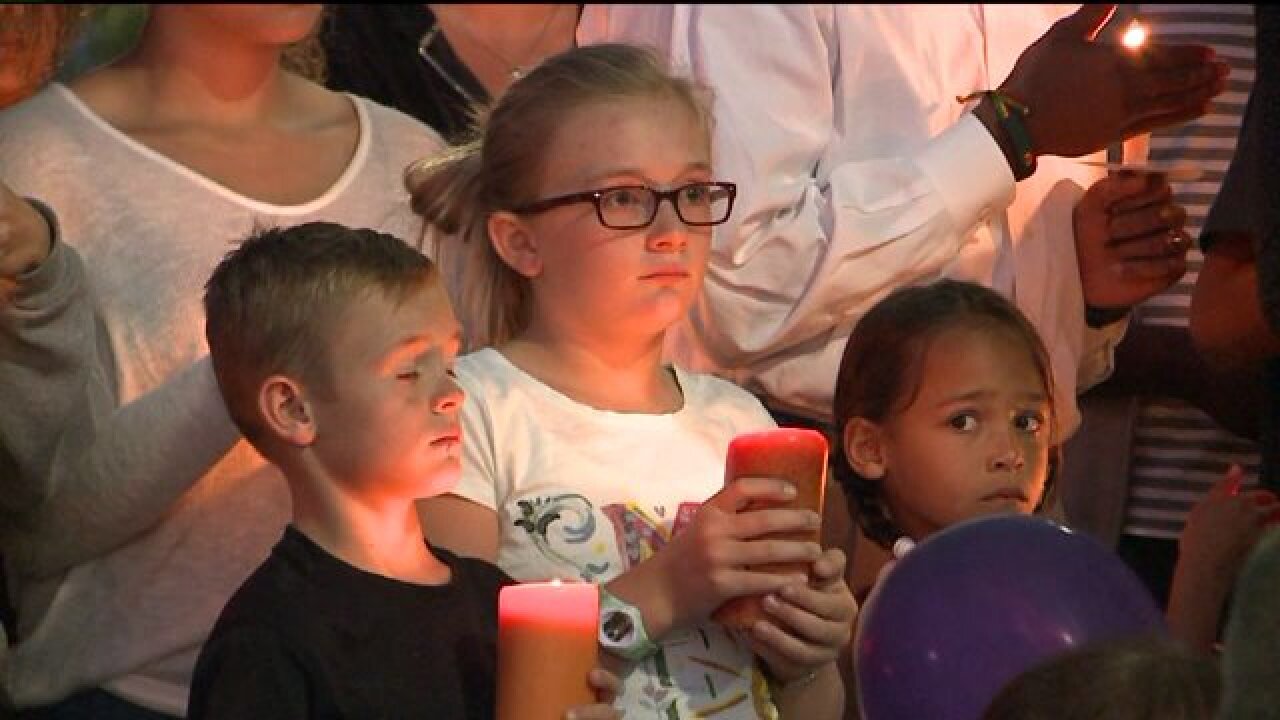 SARATOGA SPRINGS, Utah -- A candlelight vigil was held in Saratoga Springs Sunday night to remember the man who was shot and killed by police on Wednesday.

"I just miss him so much already, I can't believe that he is really gone, and that he was killed so unjustly in my eyes, I can't believe it, he would never hurt anyone," said Maria Jones, Darrien Hunt's grandmother.

Jones stood outside the Panda Express, on Redwood Road, alongside family and friends of Darrien Hunt. Most of them had a candle in their hand and a memory in their heart of Darrien.

"I don't understand why bad things happen to good people; I never will," said Bianca Kurznann, a friend of Hunt.

"It hurts just to see someone with so much potential and such a big heart lose their life like this," she said.

Darrien Hunt, 22, was shot and killed on Wednesday morning outside of the Panda Express.

According to Saratoga Springs Police, he was walking around the parking lot acting suspiciously, carrying a samurai sword.

The Utah County Attorney's Office released a statement on Saturday, which stated in part: “Preliminary evidence suggests that Mr. Hunt brandished the sword and lunged toward the officers with the sword, at which time Mr. Hunt was shot.”

"There were some statements made yesterday that were obviously ridiculous," said Cindy Moss, Darrien's aunt.

According to a witness, Darrien was running from police when he was shot. The Hunt family paid for their own independent autopsy.

"We found out there were six gunshot wounds in him, all in the back, all from the back side," Moss said.

"The shot that did kill him hit him right in the back, so there is some question of what he was doing, where he was going, obviously he was running away at the time he was shot and killed," said Hunt family attorney Randall Edwards.

The news of the autopsy results angered many community members at the vigil, many of whom didn't even know Darrien or his family.

"He was a member of our community and his life was taken needlessly and I'm here to support the family," said Herb Flower, who was passing out candles. "I can't walk away from a situation like his and just say, ‘oh well.’"