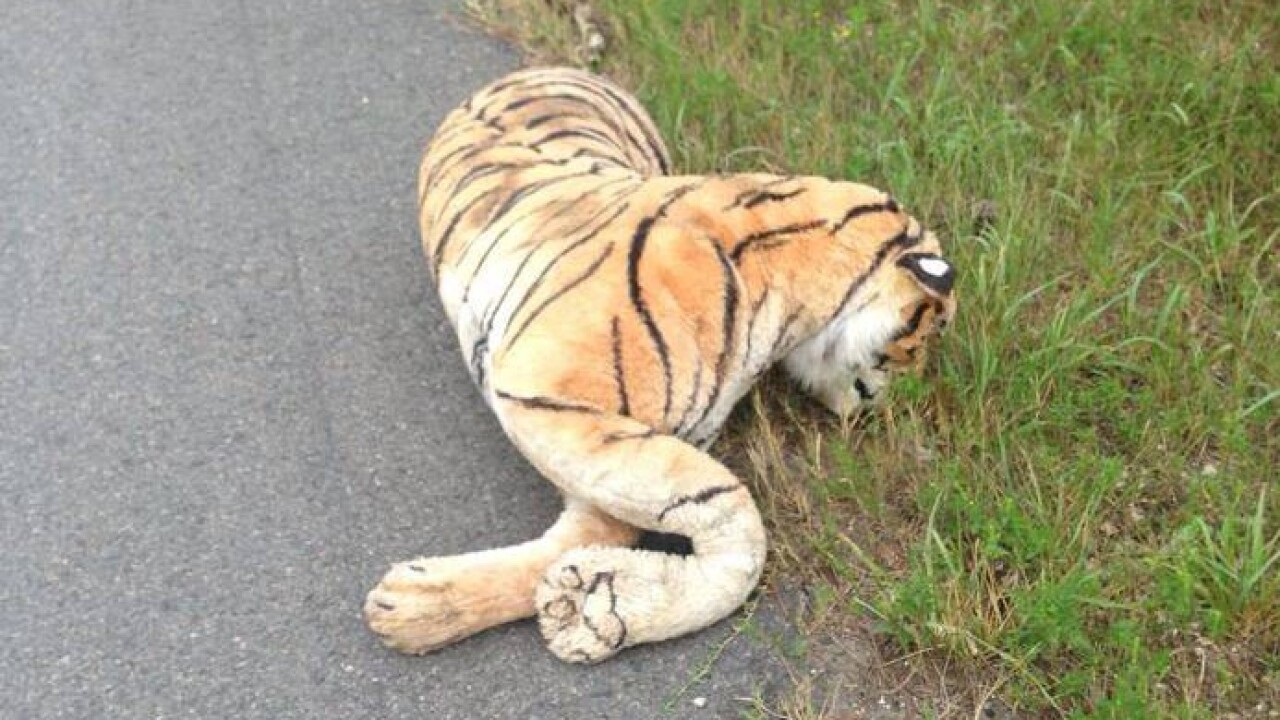 BRYANT, Ark. – A woman called 911 to report a tiger on the loose in Arkansas but officers found a very different situation when they arrived.

Officers in Bryant, Arkansas, said the woman told them the “tiger” was on the side of the road and she would have taken pictures but she was afraid to approach it.

When officers got to the scene, they found the “tiger on the loose” was  actually something far less dangerous; a fake stuffed animal.

“Ofc. VanVeelen located the ‘tiger’ and was even nice enough to give him a ride to the PD,” the Bryant Police Dept. said on its Facebook post.