Video: Bystanders jump into river to save passengers after SUV flipped into water 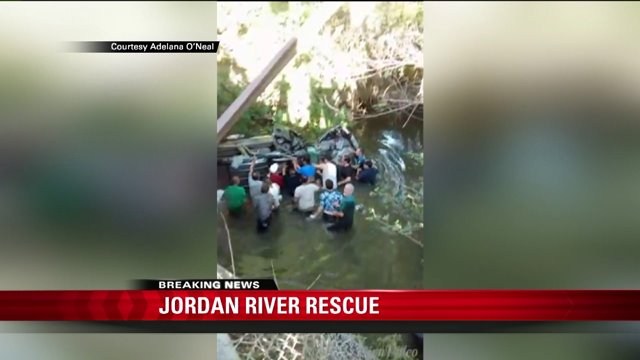 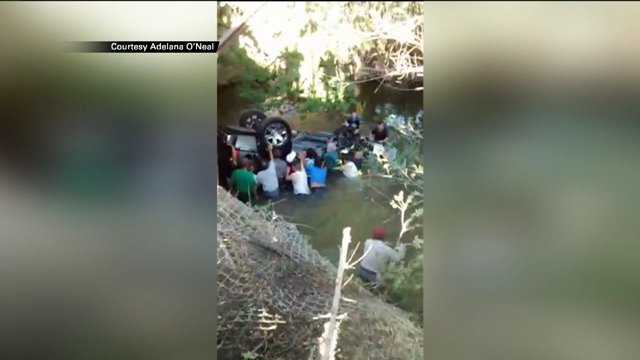 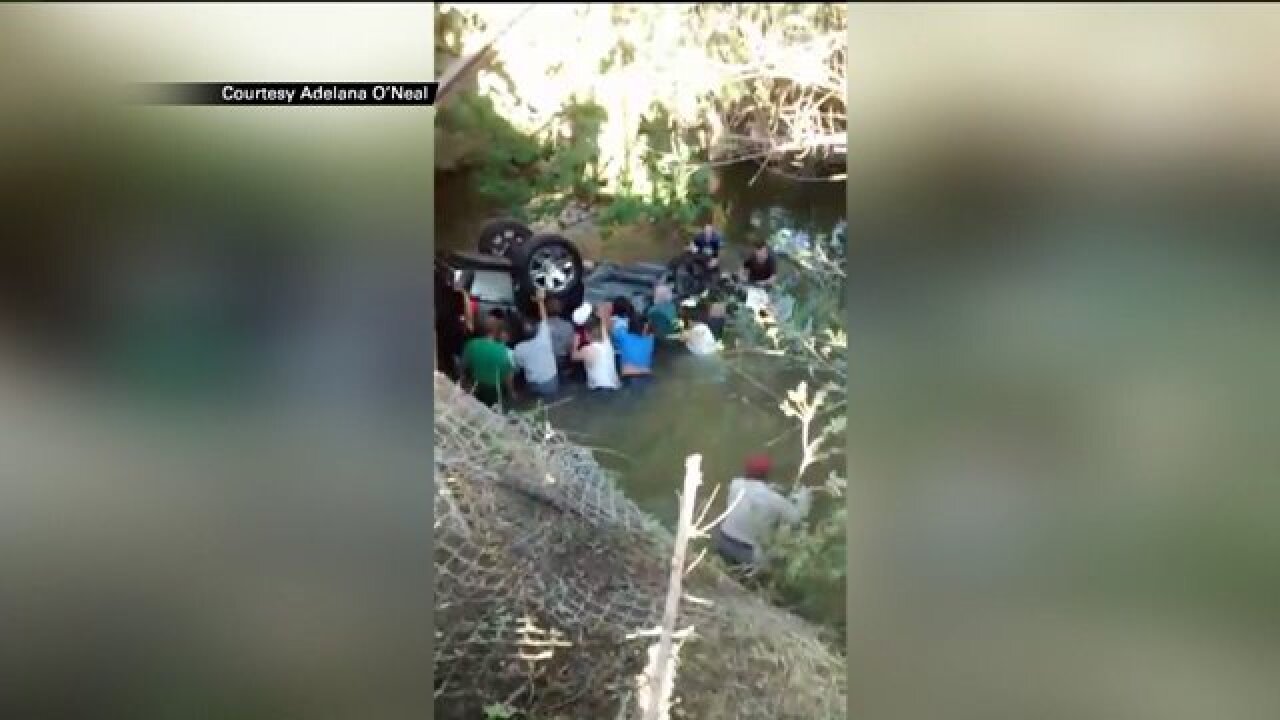 SALT LAKE CITY -- An SUV went airborne and crashed into the Jordan River and flipped upside down Thursday evening.

Three teens were trapped inside and several bystanders ran into the water frantically trying to rescue them.

Police say the teens, ages 16 and 17, were in a GMC truck speeding eastbound on Indiana Ave. in Salt Lake City's west side.

The truck somehow lost control, crashed through a fence on a bridge and then flipped while plunging into the water.

Two passengers got out quickly but police say the driver was pinned and firefighters had to get him out.

"They were able to hold the victim's head above the water so the paramedics could get here and pull him out," Salt Lake Police Lt. Brian Purvis said.

"Ten people just jumped into the water, bystanders who saw it happen, they just flipped it over so he wouldn't die. It was an amazing feat,” Adams said.

Police still don't know why the driver was speeding or how fast he was going but the speed limit on Indiana is 35 mph.

The teens were taken to the hospital and are expected to recover.