Martin MacNeill gets 15-life for the murder of his wife

PROVO, Utah — Martin MacNeill, convicted of killing his wife so he could carry on an affair with another woman, was sentenced to serve up to life in prison Friday.

A judge ordered the 15-to-life sentence to be stacked on top of other crimes the former doctor committed, including obstruction of justice and forcible sex abuse. Altogether, MacNeill faces a minimum of 17-to-life behind bars and a maximum of 45-to-life.

Fourth District Court Judge Derek Pullan noted that MacNeill, at the time a respected physician, lived a "double life," but was unwilling to give up his marriage to Michele MacNeill and his social standing for his mistress, Gypsy Willis. So he plotted his wife's death.

The judge said MacNeill, a physician, secured the drugs to kill his wife, dosed her up as she recovered from plastic surgery, and then drowned her in a bathtub. He left his 5-year-old daughter to find Michele's body, the judge said.

"A man who has taken an oath to do no harm only adds insult to irreparable injury," Judge Pullan said in handing down the sentence.

The family of Michele MacNeill cried and hugged each other as the sentence was handed down. Speaking to the judge, her sister and daughters sought the maximum punishment.

"While we wept, he laughed," said Michele's daughter, Alexis Somers. "My father is a monster! He has never shown any remorse for his crimes."

Rachel MacNeill sobbed as she described how her family was destroyed by her mother's death. Her brother, Damien, killed himself and she said her father "threatened to destroy us."

"True justice for my mother does not end with the conviction and sentencing of her murderer. It begins," Rachel said.

Throughout sentencing, Martin MacNeill appeared to be ignoring what was going on. He laughed and chatted with his lawyer as his daughters spoke.

As she spoke to Judge Pullan, Michele's sister, Linda Cluff, turned and faced MacNeill. They locked eyes for a brief moment as she said: "Martin, you haven't gotten away with this."

Outside court, Cluff told FOX 13 she saw "nothing" in his eyes.

"He was up there laughing. He showed no remorse," she said. "I was not surprised. It's just the Martin I've always known and our family has always known. Yeah, there was no emotion whatsoever. Just a cold, calculated look."

MacNeill refused to speak at sentencing. His lawyer left the courthouse without comment.

MacNeill has already begun serving his sentence at the Utah State Prison. It will be up to the Utah Board of Pardons and Parole to ultimately decide how much time he will serve.

"I think he will die in prison," deputy Utah County Attorney Chad Grunander told reporters outside of court.

Utah Department of Corrections spokeswoman Brooke Adams told FOX 13 on Friday that MacNeill was undergoing orientation that is standard for all inmates, but was being held in "appropriate housing and is being observed, given his history."

That history includes a suicide attempt last year at the Utah County Jail. 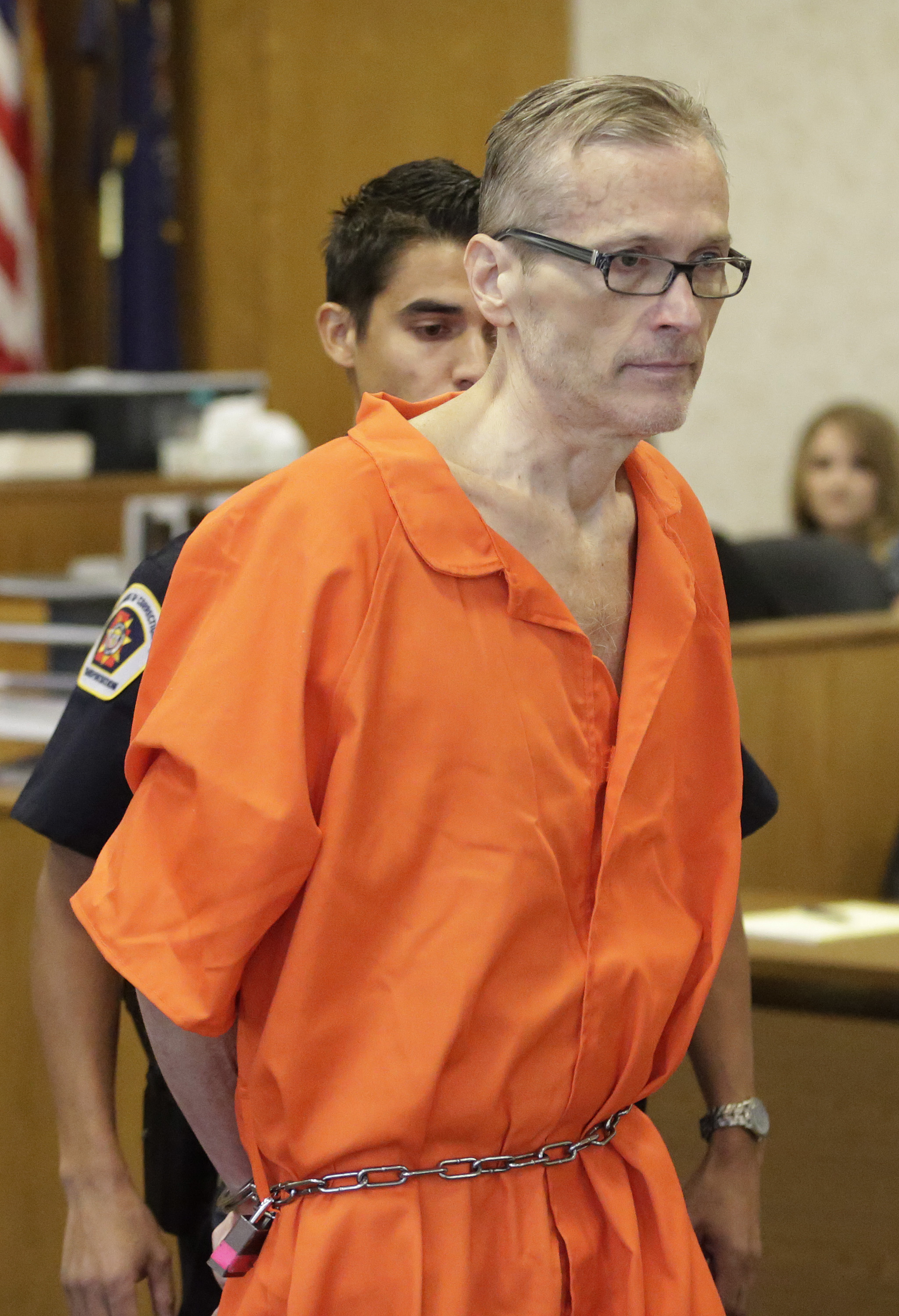