UPDATE: The The video below shows officers with the Department of Wildlife Resources releasing the cougar into the wild.

SALT LAKE CITY – Police and wildlife officials spent the evening on Salt Lake City’s East side chasing a mountain lion that made its way into a residential neighborhood, and the animal was eventually captured.

The animal had been spotted in the area around Foothill drive several times throughout the day, but it wasn’t until about 8 p.m. that crews were able to hit the animal with a tranquilizer.

The animal ran on while the tranquilizer began to take effect, and the animal was located at about 8:40 p.m. Officials said the animal will be relocated.

See the video above for footage from the chase as well as an interview with a wildlife official regarding the incident.

The image below, courtesy Andrew Wright, shows the animal hiding out at a home near Foothill Drive Sunday. 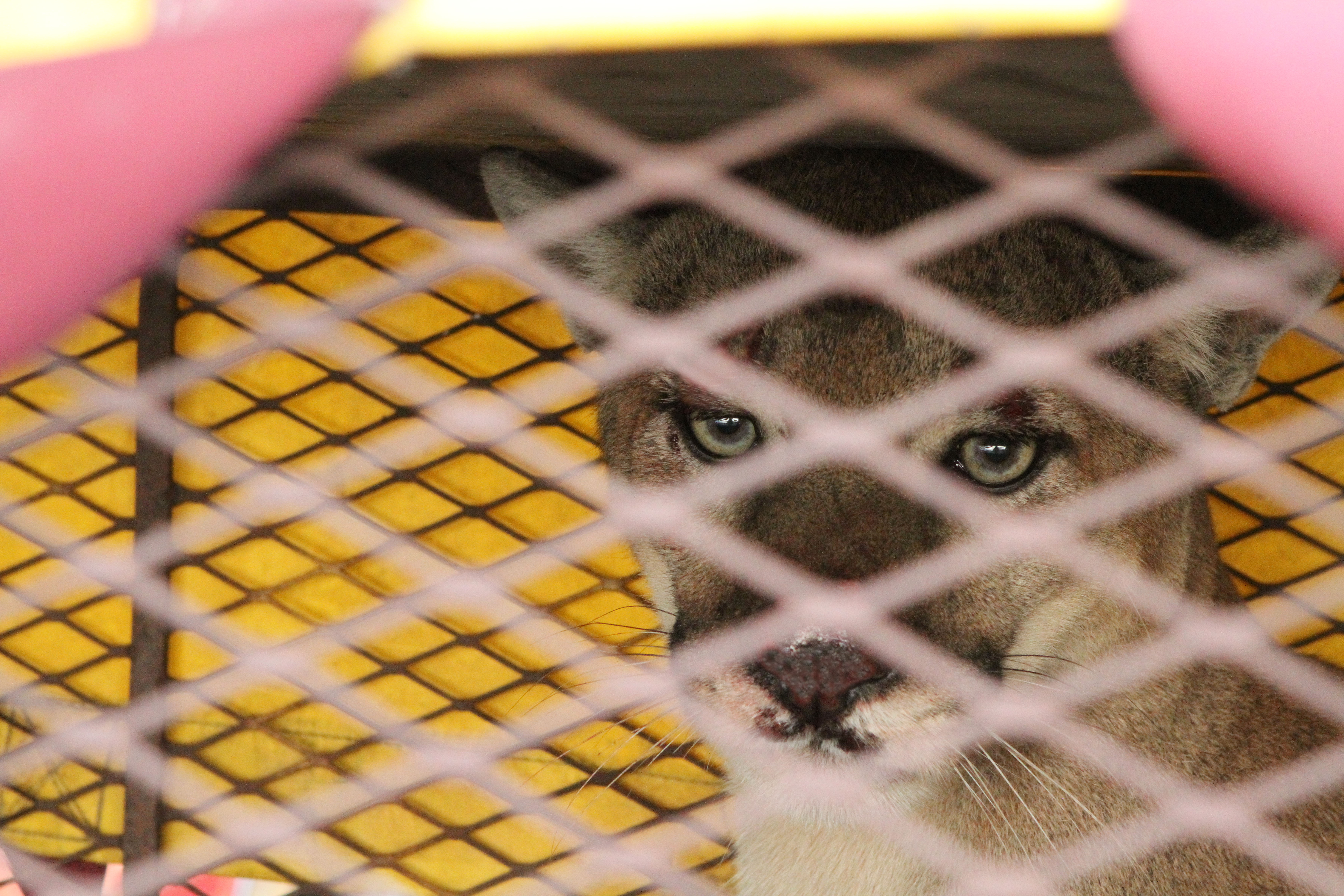