SOUTH JORDAN, Utah - School officials are sounding off after several girls were turned away from the Bingham High School homecoming dance because of dress code violations.

Administrators said they were enforcing dress code standards Saturday night but students claim it was not fairly carried out.

Principal Christen Richards-Khong didn't want to speak on camera but explained to Fox 13 the efforts administrators took to ensure the students knew the dress code policy well before Saturday's dance.

The policy is spelled out on the back of the dance ticket: "Dresses should cover the chest and back at the top of the armpit. Hemlines should go no higher than mid-thigh when seated."

Officials said these reminders are given not only before the dance but at beginning of school year at a standards assembly.

The principal said a couple dozen students were discreetly told to cover up or change and come back but there were three or four who chose not to take their suggestions and left the dance.

While some parents don’t have an issue with the dress code policy, they question how faculty enforced it, saying in years past, they’ve been more lenient.

Parents said they felt like their daughters were treated unfairly and embarrassed in front of their peers.

Fox 13 talked to student body officers who organized the dance.

They said the majority of students showed up wearing appropriate clothes and had a good time.

“There's only so much we can do about it. If that’s how they feel, then they have all the rights to express themselves," Spencer Dunford said, Bingham High School student body officer. "But we went out there and we put ourselves out there to give them the information that they needed to be appropriate.”

However, students who were turned away said they didn't like being singled out and made to wait in the hallway where they were embarrassed in front of their peers.

“I want the administration to see that we are serious about this, that we haven't been heard in the past about it, we don't think it’s fair what they're doing about it,” student Cierra Gregersen said. “They are telling us that we don't get a say because we're students and we're not adults yet.”

Some students who chose not to cover up and left the dance showed up at school Monday wearing their homecoming dresses.

Students also walked out of school Monday afternoon in protest.

They said they want to show school administrators things need to change before the next school dance scheduled for October.

Many students said they feel like they were unfairly treated and want an apology and a refund.

However, Principal Richards-Khong said she believes the systems in place are fair.

She said the school takes every reasonable measure to inform students about the policy in advance.

Where these ensembles inappropriate?
Check out the pictures below and join the discussion on the Fox 13 News Facebook page. 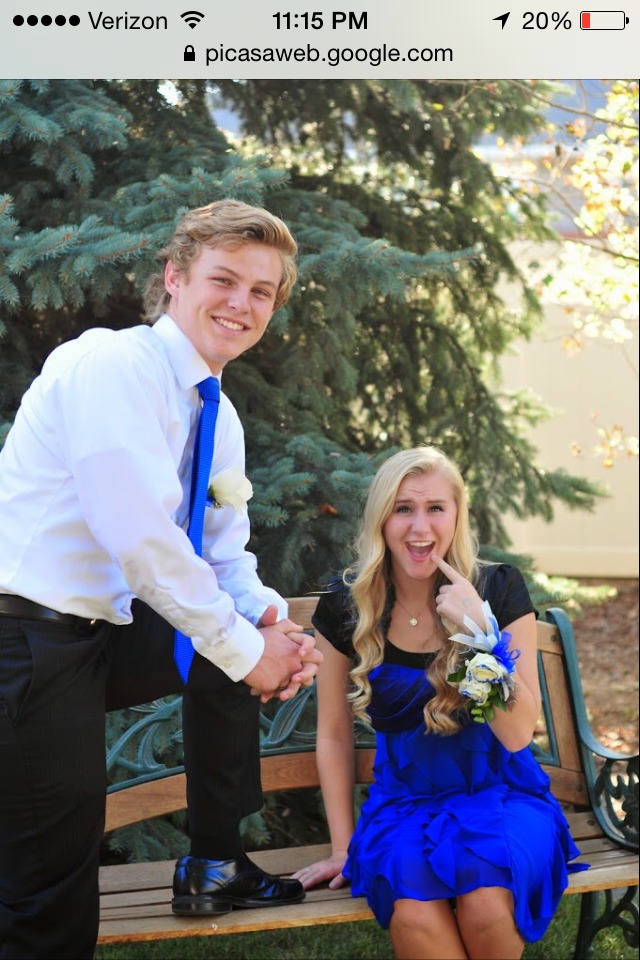