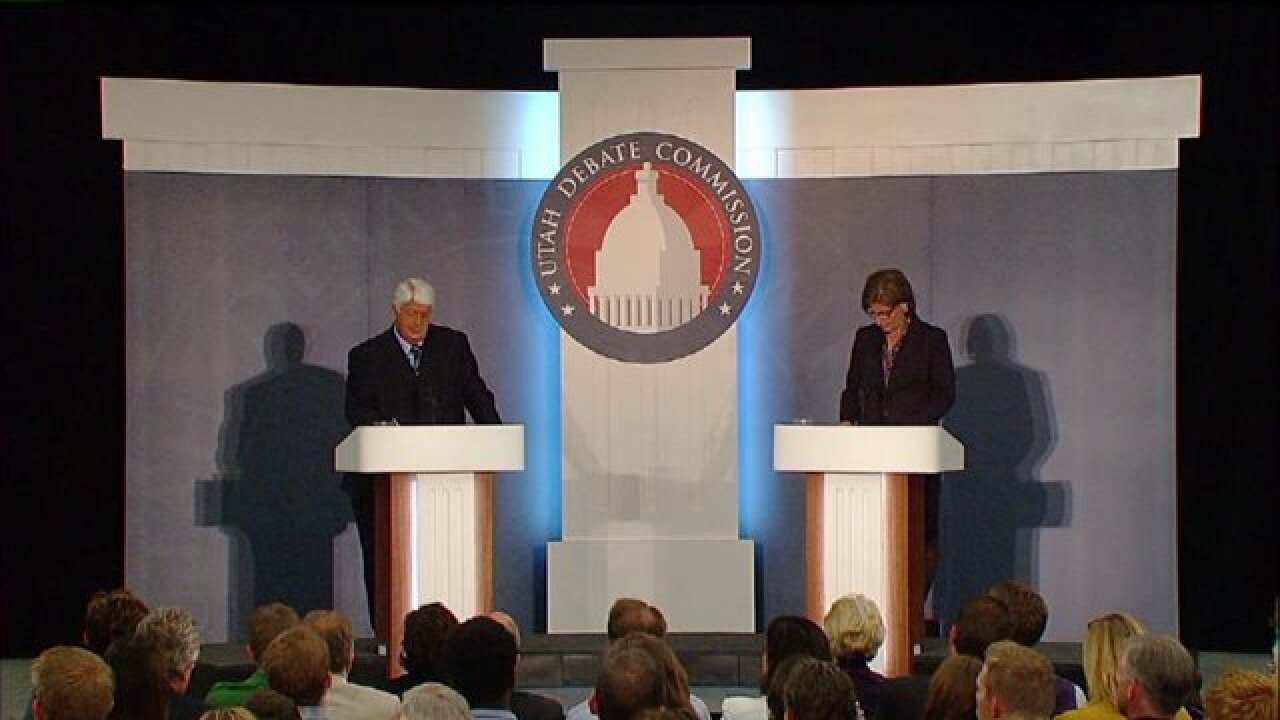 OGDEN, Utah -- It was Republican versus Democrat during the Utah’s 1st Congressional debate Tuesday night at Weber State University ahead of the November election.

"The threat by ISIS is real. The terrorists are evil. They have threatened Americans. Sitting back and doing nothing is not an option," said Rep. Bishop during the question and answer debate.

"The answer in Syria and Middle East is not a U.S. military one, it has to be a political one," responded McAleer.

Tough topics were tackled including the threat of the terrorist group ISIS, Social Security, federal lands, healthcare and gun rights. The biggest point of contention was partisan gridlock.

"I don't want to sound like I'm blaming everything on Harry Reid, but I am," said Rep. Bishop, which was followed by chuckling in the crowd.

McAleer fired back saying, "Real leaders take action and real leaders work together, they don't place blame on others or others in the House."

The Utah Debate Commission, which hosted Tuesday night's debate says their independent poll puts Bishop ahead by a big margin. He has 57.4 percent in support while McAleer has 13.2 percent -- but more than 21 percent of voters are undecided.

Utah voters say the debate was informative but lacked inspiration.

"It's a far cry from the Nixon days in the past. It's canned and produced, and it was informative but that's about it. It's not much fun. I want the real thing. Real answers and real questions, done spur of the moment," said Bill Egelund.

Others disappointed include third party candidates like Libertarians and Independent Americans. The Utah Debate Commission conducted a poll and in order to qualify to be part of these debates, candidates needed to show at least 10 percent of support from Utah voters.

Third party candidates didn't reach the threshold and therefore did not qualify. They held a small rally at WSU, voicing their concerns calling the process unfair.