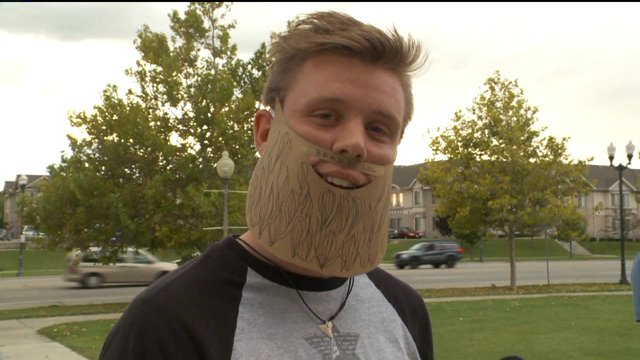 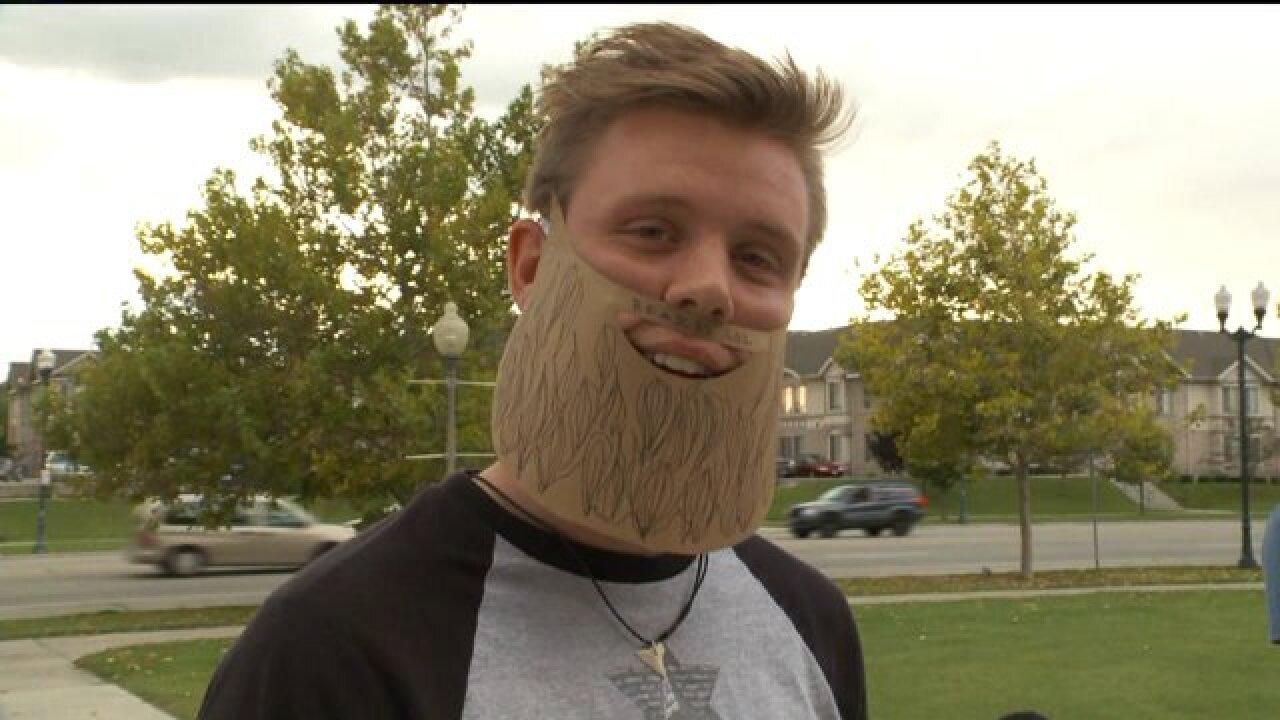 PROVO, Utah -- When you think of Brigham Young University, you don't think of beards. Male students have been banned from having facial hair since the 1970s, but a group of students and beard supporters want that to change.

Shane Pittson organized the Bike for Beards event Friday night. He said he loves riding his bike and also likes growing a beard, so he combined the two to show his support for changing the dress code policy to allow facial hair.

Pittson said the rule requiring male students to be clean cut can be a major inconvenience.

A group of people, mostly students--some with beards and many clean cut--signed a petition and rode their way to the administration building on campus Friday with a message.

Senior Erik Heathcote said, "We are a church school and even the temple, which is considered the most sacred place for Mormons, they don't have any restriction--so why is the university seeking to be more holy than a temple?"

Heathcote has a beard and he said the reception on campus has been mostly positive. A sign, he believes, the BYU community is ready for this change.

"I've had plenty of students being like, 'Hey nice beard dude' and I even had a couple professors from time to time telling me, 'oh nice,'" Heathcote said.

There were also women involved in Friday’s event. Freshman Paige Taylor said she prefers men with facial hair and thinks the rule banning beards is odd.

"There's nothing in the Mormon religion that says that facial hair is going against what we believe in, so I personally believe it shouldn't be part of the honor code," she said.

Pittson added, "We would love to see men on campus be able to have that decision to do what they want with that."

FOX 13 News called BYU officials. They were aware of the “Bike For Beards” event but didn't want to comment, saying only that being clean cut is part of the university's dress and grooming policy and that's how they choose to have students represent the school.

The school allows students to apply for a medical exemption to the rule against beards by visiting with a doctor at the University's Student Health Center, click here for details. The center states on their website the doctor there doesn't grant the actual exemption but  checks for the presence of a "serious skin condition". Click here further details relating to the requirements and approval process.