TOOELE, COUNTY, Utah -- An outdoor party in Tooele resulted in more than 100 people getting stuck in the rain and mud as they attempted to exit the area in the early morning hours.

James, a 19-year-old student who did not want to be identified by his last name and who attends Westminster College, spoke about the incident.

“Big group of kids hanging out in their cars waiting, no good plan really-- just kind of waiting,” he said.

James said he was one of about 100 people who came out to Lone Rock for a big party Friday night.

“Drinking, hanging out, started raining--people started leaving about four or five in the morning and a lot of people got stuck in the mud,” he said.

About 3:15 a.m. Saturday, Tooele emergency dispatch received a call from some people saying they were stuck in the storm and couldn’t get back to State Road 196.

“Apparently they had been at a party since late last night, and with the weather that has come in the road is inaccessible to them to be able to get in and out,” said Bucky Whitehouse, who is an Emergency Manager for Tooele County.

Sheriff’s deputies and Tooele fire crews responded and found people attempting to walk the 3 miles from the campsite to the main road in the mud and rain.

Search and rescue used 4-wheelers and off-road vehicles to shuttle people back to school buses that were brought out to give shelter to the crowds.

“Obviously the individuals don’t have any dry safe place to wait, so the buses have been called out as sort of a triage or wait place for all these individuals to stay at until rides can be arranged,” Whitehouse said.

At least 40 cars were stuck in the mud, Including James' roommates. Officials said it took hours to shuttle the group to the main road and it will likely be much longer than that before many get their cars back.

“The roads are very unpredictable,” Whitehouse said. “All the dirt roads in this area, and so with the weather being what it is it made them inaccessible.”

The party was organized on Facebook and was mostly attended by college students from Salt Lake County. Officials said everyone was checked out by EMS, and no injuries have been reported. 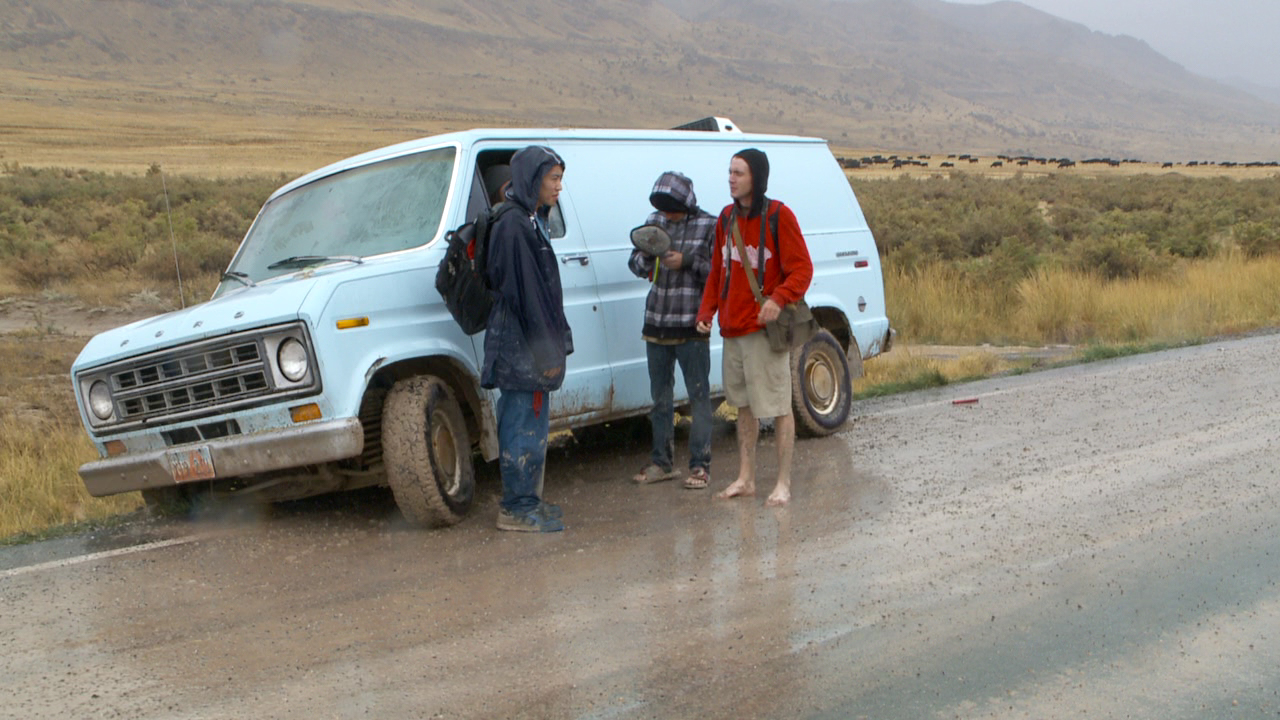