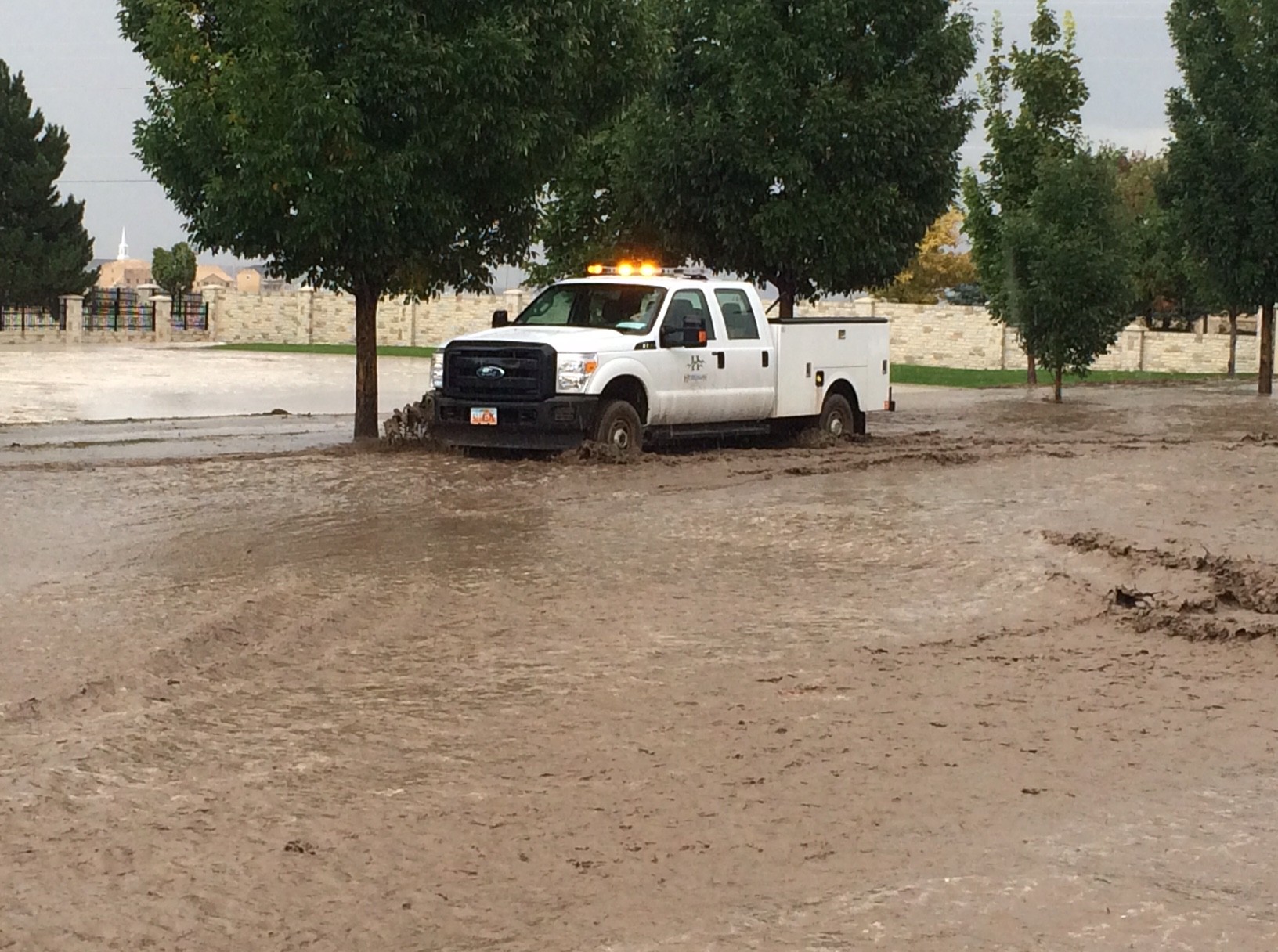 HERRIMAN, Utah -- As a storm started to roll in Monday night, a neighborhood in Herriman was still cleaning up what the last one left behind.

"Heartbreaking. It's surreal. It's unbelievable,” said Chris Christensen, who lives along Jeannette Lane in Herriman.

Heavy rainstorms in Salt Lake County left about a foot of water in Christensen’s backyard, causing part of the ground to collapse into his basement.

"It's a dream home. It's something we built together,” Christensen said. “It's our dream home, and now it's been washed away."

The damage was mostly found within two homes on the street, but not far away was a similar problem at the Herriman City Cemetery, where crews had to wade through approximately 3 feet of mud.

“It's very unfortunate, but like anything else we have a lot of volunteers who come, over 150 people who come, willing to help,” said Mayor Carmen Freeman.

According to Freeman, the force and speed at which the water came down from the canyon was too strong for some of the properties below.

Volunteers and city workers spent the day trying to dig out and drain the hardest hit areas, while preparing for the rest of the week's weather by placing sandbags around at-risk property.

“We are going to do some work on the other side of this wall to take preventative measures in case we do get some more rain,” Freeman said.

Due to the flooding in their basement, Christensen had to shut off the electricity and gas inside his home.  He and his family plan to stay elsewhere, as they weather the rest of the rain this week.

"Horrendous, a nightmare,” Christensen said. “It's as dark as it can be.”

The city is advising any residents concerned about potential flooding to consider turning down spouts away from basement windows and create small berms with sandbags.