MURRAY, Utah - Murray police are investigating a woman’s mysterious disappearance and members of her family are asking the public for help finding her.

Kayelyn Louder, 30, disappeared from her Murray condo September 27 around 7 p.m. She left in the rain with no shoes, no money and without a cell phone.

Family members said it’s clear she had no intent to be gone for long.

“She was wearing a white tank top and shorts, and she had her car keys and no shoes on, and her car is still at her place,” said Louder’s sister, Madi Rodriguez.

Madi Rodriguez hasn’t slept in a week. When she isn’t hanging up missing person posters or scouring her sister’s neighborhood, her mind is still racing.

“The only thing we can think is she ran out to maybe meet somebody or ran to another person’s condo, but when she would leave she would be gone for maybe an hour a or so and she would be very anxious to get back to her dog,” she said.

Louder lived in a condo with her dog, her cat, and a roommate. Rodriguez said Louder's  roommate called last week because she hadn’t heard or seen from Louder and was worried. Neighbors in her building are spooked because they know Louder would never intentionally leave her dog.

“It struck me as odd because she left her dog, Phyllis, which she loved--and she would never leave that little dog anywhere, and she left barefoot and she is very phobic of bugs,” Neighbor Arlow Evans said.

According to police, surveillance footage from outside of Louder’s condo shows her outside in the rain around 7 p.m. on September 27. That’s the last time anyone saw her, and police said there are no leads or suspects.

“You come out in the pouring rain with no shoes on, it just doesn’t make sense,” Neighbor Sean Sanders said. “Something was going on.”

In the meantime, her sister said she won’t stop looking.

“Even if it’s the worst case scenario, that something has happened, like we need to find her body or something,” Rodriguez said.

Murray police are asking anyone with any information to contact them at 801- 264-2673. Louder’s friends and family held a candlelight vigil Sunday night beginning at 6:30 p.m. at Murray City Park, and the event was open to the public. 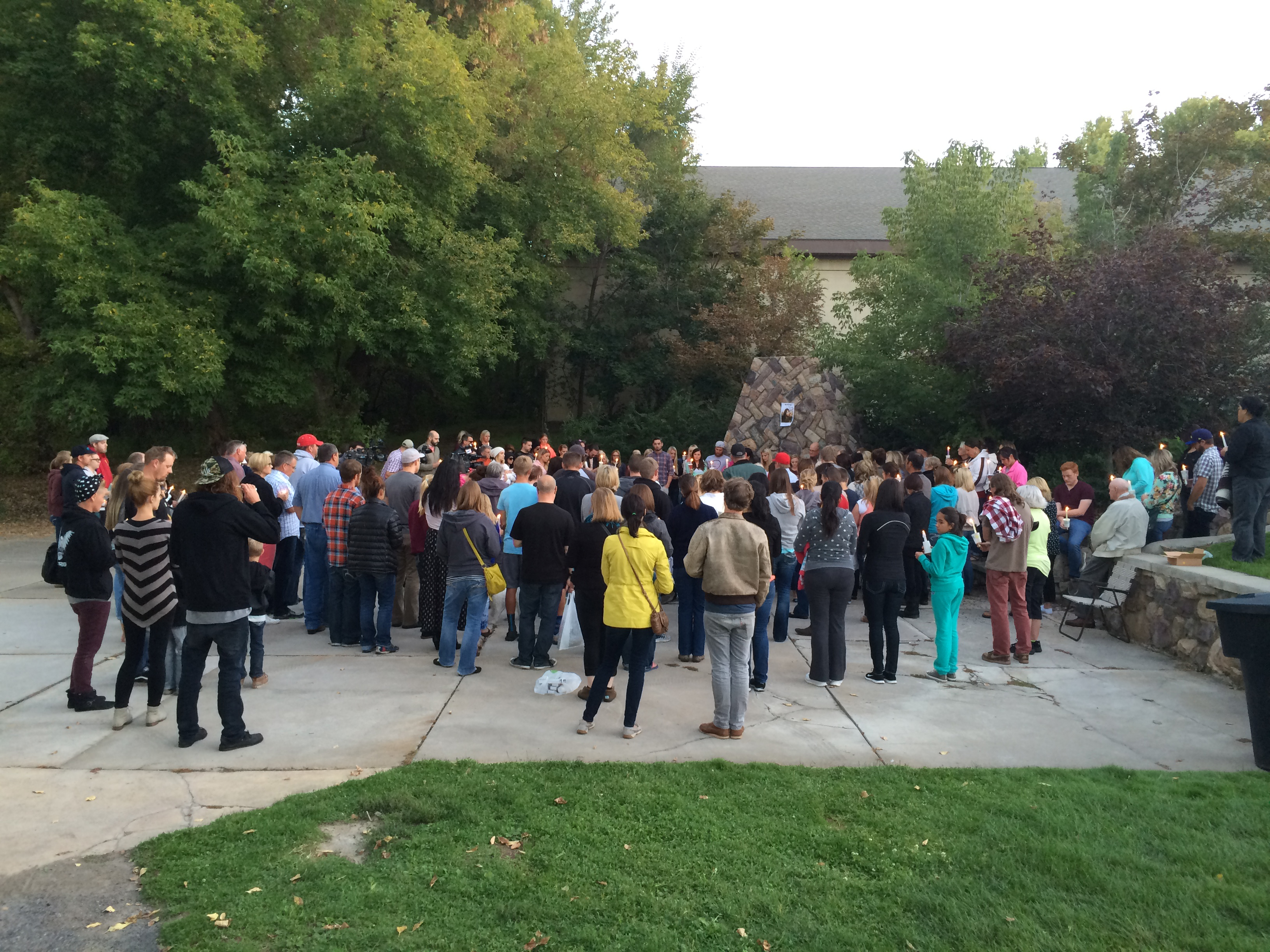