The rushing water impacted several homes and caused substantial damage to Montessori Community School and some nearby businesses.

“It was moving really quick,” said resident Ben Ham “When I got here it was dry, and then I saw a little stream, and then about 15 minutes later I saw this whole street flooded.”

A fitting popped off of a large underground pipe just before 9 p.m. Friday. Public utilities crews say the water pressure built up quickly and burst through the asphalt and concrete. According to a press release from The Salt Lake City Mayor's Office, a 48-inch water line broke, sending an estimated 2.5 million gallons of water flowing downhill.

“I said we need sandbags and we need them now, and I knew within a matter of time we were going to be in some deep trouble,” said homeowner Terry Anderson. “We were just pulling anything we could out of our garage.”

The press release states 18 residential properties experienced flooding, as did the nearby Montessori Community School of Salt Lake City. The release states that all of those impacted are receiving assistance with damage mitigation. Anyone who experienced damage but has not yet been contacted by city officials is encouraged to call public utilities at 801-483-6700. A claim form can be downloaded by clicking here.

Crews shut off the water within an hour, but because of the size of the pipe it took hours for it to drain through the streets.

The intersection at 1700 South and Foothill Drive will be closed through the weekend for repairs. According to the press release from the mayor's office, the repairs to the pipe were "nearing completion" around 5:30 p.m. Saturday. Work to repair the road surfaces was expected to begin soon after the pipe is fixed.

“It's hard to say why that fitting moved. But throughout the city we have 1,500 miles of pipe. So there's a lot of it and thing happen,” said Jeff Niermeyer, director of Salt Lake City Public Utilities. 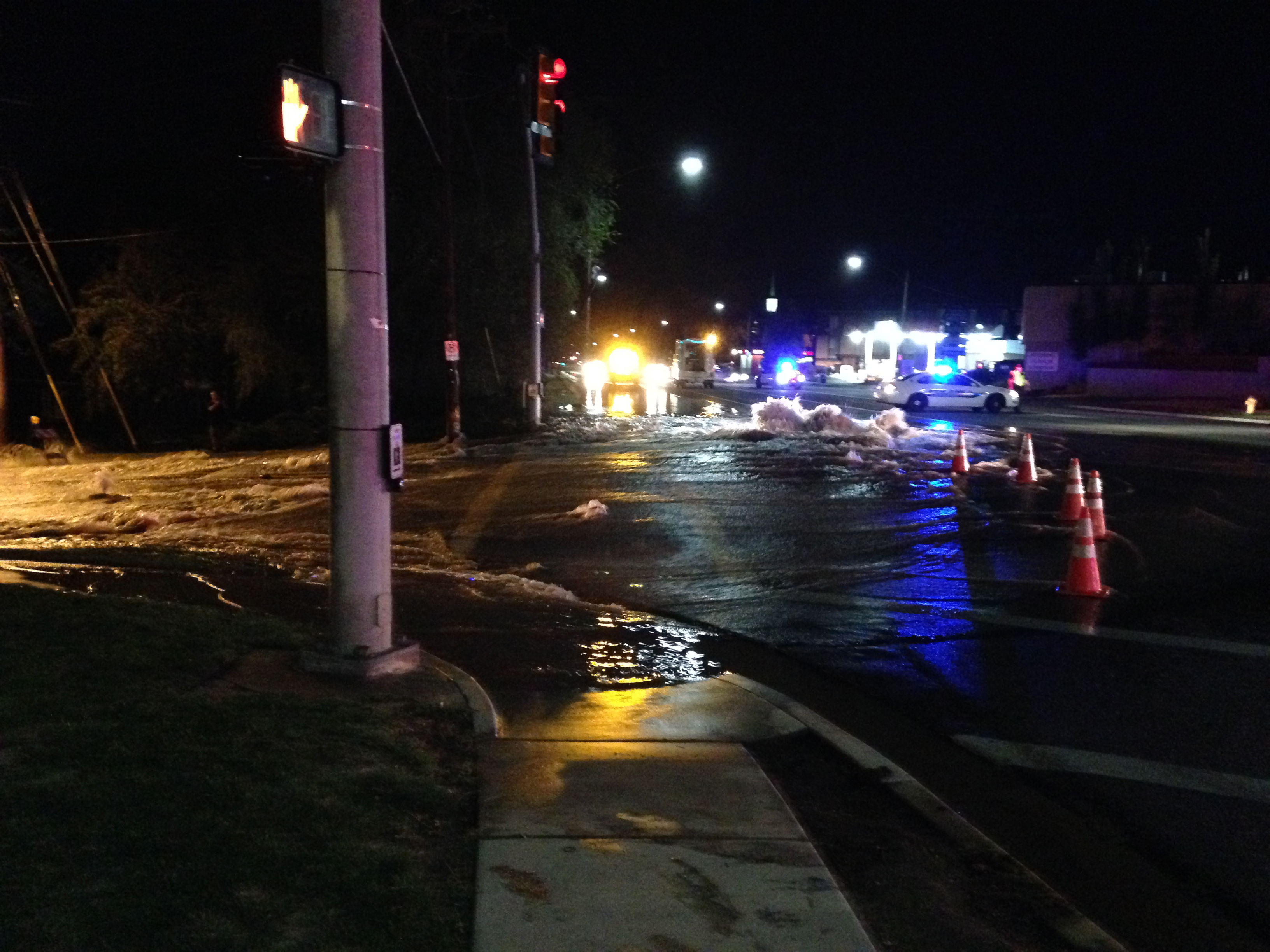