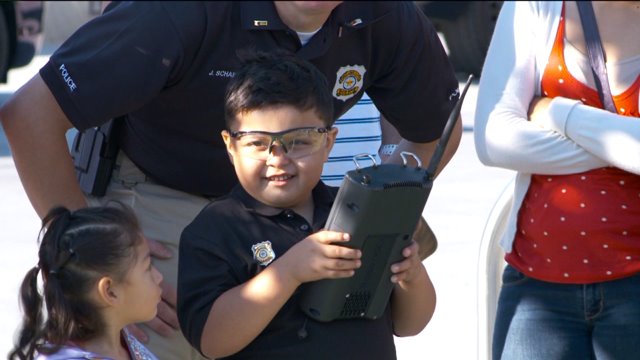 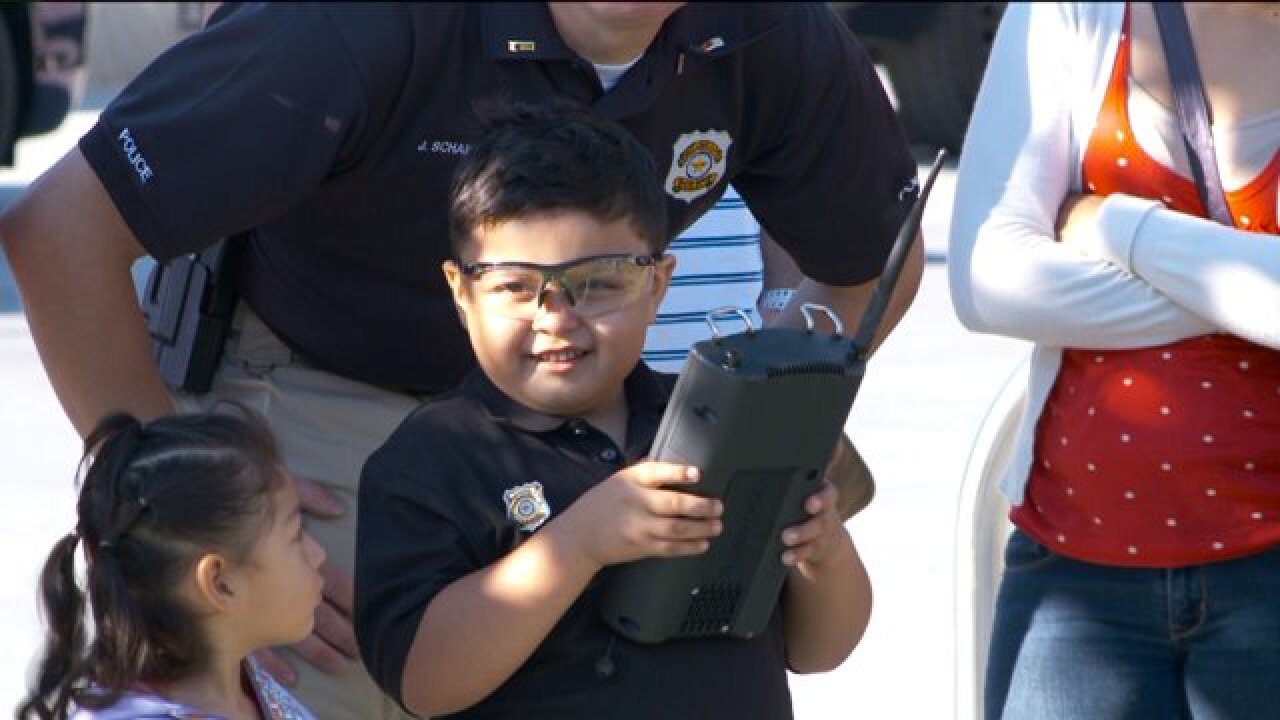 OREM, Utah -- When asked what he would choose if he could be anything in the world, go anywhere and meet anyone, a 5-year-old boy in Orem didn't have to think long.

Lucas Aguilar wanted to be a police officer, and with the help of Make-A-Wish Utah and the Salt Lake City Police Department Lucas was able to live his dream.

Chief Chris Burbank of the Salt Lake City Police Department said they tried to give Lucas an authentic experience.

"Today, we made Lucas an honorary police officer, and the day began with Mayor Becker swearing him in as a police officer--just like we do any officer,” he said.

Lucas has wanted to be a police officer for about a year now, and it was about a year ago that he was diagnosed with leukemia.

During his day as a police officer, he got to control a remote-operated robot equipped with a camera like those used at crime scenes. The city motor squad put on a demonstration, and Lucas went out to patrol the streets.

"My understanding is they stopped by the doughnut shop for a minute, made sure that they covered all bases for a new police officer,” Burbank said.

Lucas even slapped handcuffs on his parents during the day. Lucas’ mother, Jessica Aguilar, said they are happy to see their son embrace his dream.

"To see him want to be a police officer, it just makes me feel good because he knows police officers help, and he likes to help,” she said.

Then came word of an urgent situation on Salt Lake's east bench. A helicopter landed and Lucas hopped aboard along with his siblings. They took off, bound for Hogle Zoo where some super heroes were in need of assistance from the newest member of Salt Lake City’s finest. See the video above for footage from Lucas' special day.

The boy's parents said he has several years of treatment ahead of him, but they said their son is tough and so far hasn't had to spend a night in a hospital.