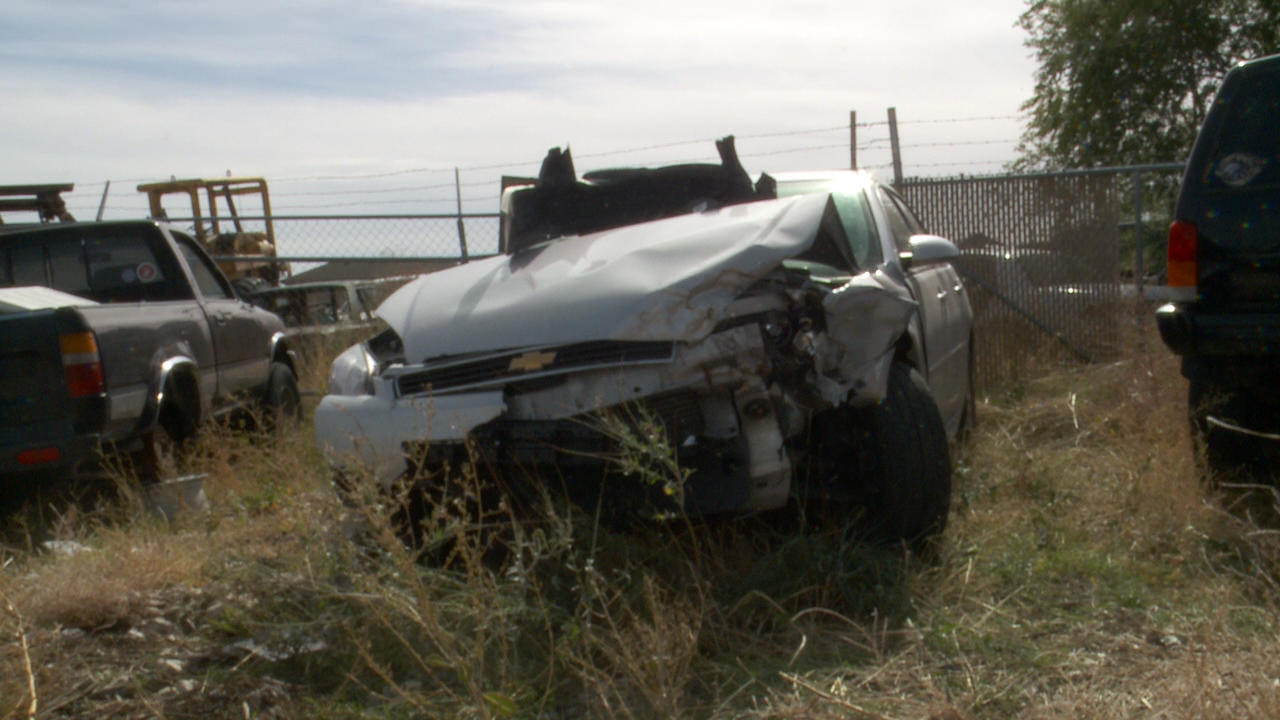 GRANTSVILLE, Utah – A teenage driver without a license who swerved off the road and hit several mailboxes, a fire hydrant and a fence before colliding with a home and coming to a stop told police he had just finished huffing when the crash occurred.

Lt. Steve Barrett of the Grantsville Police Department said 18-year-old Ray Lewis was driving at about 6:30 a.m. Thursday when he swerved off the road and traveled about 500 feet before stopping.

Barrett said the teen has a blood alcohol content of .137, which is .057 above the legal limit for drivers who are old enough to drink. The teen also told police who responded to the scene that he had just finishing huffing aerosol when he crashed.

The vehicle hit several mailboxes, a large decorative rock and then veered back onto the road. The car then left the road and hit a fire hydrant and subsequently a chain link fence. The car stopped when it struck a home, and the collision damaged the siding on the home.

Lewis was not injured, and officers arrested him and then later issued a citation and released him into the custody of a responsible adult.

Police said the 2011 Chevy Impala was totaled as a result of the crash. The teen is an unlicensed driver and took the vehicle without his mother’s knowledge.