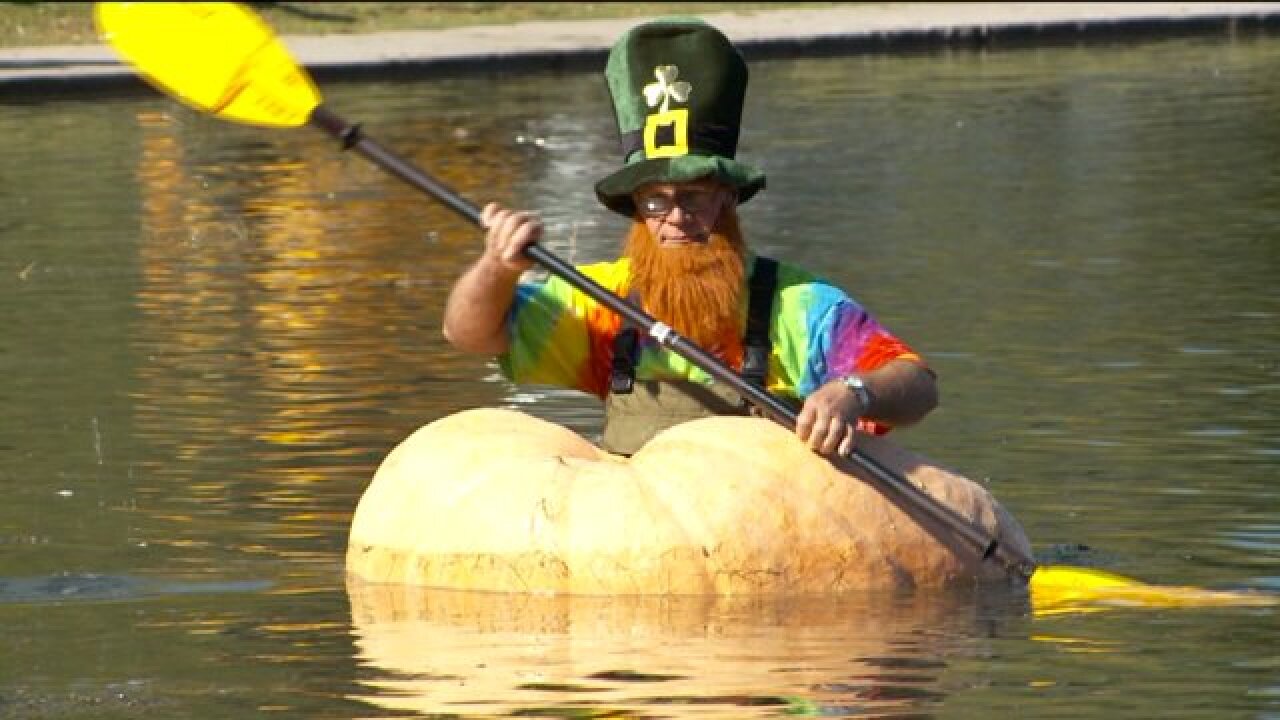 SALT LAKE CITY – There was a world record attempt at Sugar House Park Saturday as thousands of pounds of pumpkin floated across the park’s pond.

Matt McConkie holds Utah’s state record for the largest pumpkin at more than 1,800 pounds, and he and about 16 others sought to beat the record for traveling 100 meters in a pumpkin. The prior record was set in Britain and is based on the speed of the journey and not the size of the pumpkin.

Hundreds of spectators lined the shore to watch the Pumpkin Regatta, and a total of about 10,000 pounds of pumpkin were tested on the pond. This is the fourth year the regatta has been held, and it was sponsored by Mountain Valley Seed Co.

“Over here we've got the current state record, over 1,800 pounds, and that takes about 30 hours a week of tending to your patch, tending to your vines, growing, trimming, fertilizing," he said. "These pumpkins when they’re really growing in peak season will add 50 pounds per day.” "

Charles Clark broke the record Saturday by paddling 100 meters in a pumpkin weighing 440 pounds. Two judges from Guinness World Records were present to certify the attempt.