PRICE, Utah - Two people are dead and officers are investigating after a high-speed chase ended with the suspects crashing into a house in Carbon County, and the home erupted into flames after the crash.

Before the chase Friday morning, Carbon County authorities were called to The Tuscan, a restaurant near 100 N. and Carbon Ave.,  where a fight was reported at about 1 a.m.

When deputies arrived, they saw a car leaving the parking lot and ordered the driver to stop but the driver didn't listen.

Chief Deputy Tom Stefanoff of the Carbon County Sheriff's Office said a deputy was almost hit by the suspect's car.

"As he arrived he saw a vehicle leaving, he exited the vehicle and attempted to stop the vehicle, the vehicle narrowly missed him and sped off,"he said.

By the time the deputy got back in his car to follow the suspect, the "black, Chrysler-type vehicle" was gone.

Radar showed the car going about 120 miles per hour.

Lawmen immediately followed the speeding car but lost sight of it near Poplar Street.

That's when officers noticed a large plume of dust and smoke to the side of the roadway.

"Once they approached Helper, Utah they lost visual contact with the vehicle again," Stefanoff said. "They noticed there was some dust off the side of the road, so they turned around to investigate and found the vehicle had collided with a residence down on River Street."

The uspect's car had launched from the road into that house and ignited an inferno.

"I got out of bed to see what the commotion was, and it was just a bunch of cops swarming the road," neighbor Chanda Savala said. "The fire you could see was huge, and just huge in the air."

It is now up to the medical examiner to identify the suspects.

No one was living in the home at the time of the crash. Neighbors said the owner inherited the home from his parents and still lives in the Price area, so the home is not regularly occupied.

Officials said the house appears to be a total loss.

Authorities are working to determine why the suspects ran in the first place. 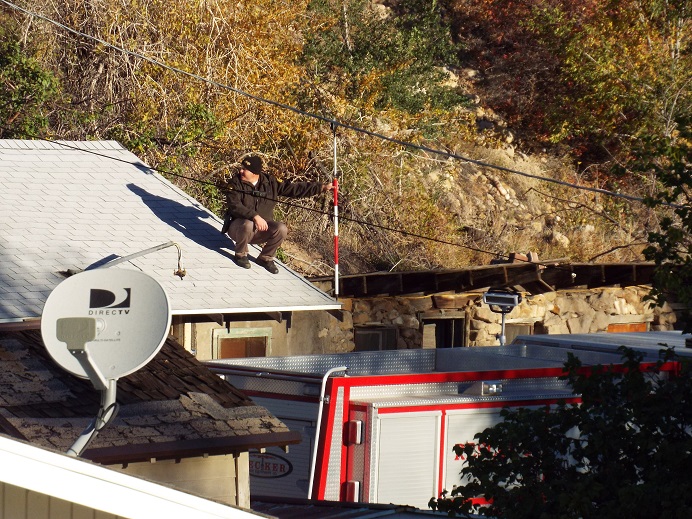