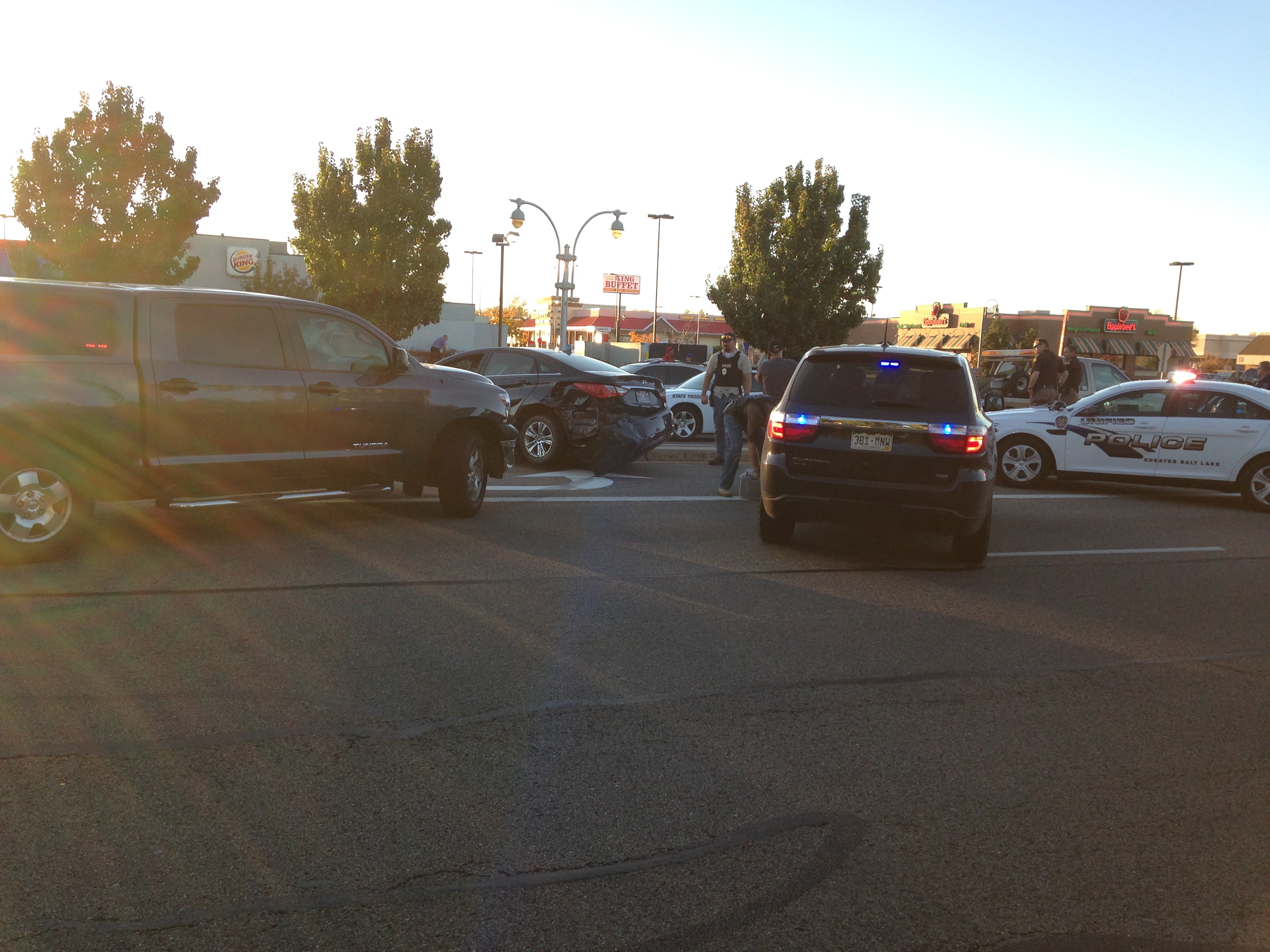 West Valley PD officials said the man, identified as 20-year-old Victor Rodriguez, had been under surveillance and that law enforcement personnel tried to pull the man over after they observed him getting into a vehicle, but the man fled at high speeds.

The man intentionally hit two vehicles during his flight, but there were no injuries.

Police at the scene said PIT maneuvers were attempted twice, and on the second attempt the suspect’s vehicle became high-centered on a median and came to a stop. The suspect was then arrested at gunpoint.

“The detective made another PIT maneuver, which pushed the vehicle up onto the median and got high centered,” said Lt. Matt Elson of the West Valley City Police Department. “At that time the suspect surrendered to custody, he was taken into custody at gun point by several officers.”

A juvenile was also found to be in the vehicle.

The chase terminated in the area of 5600 South and Redwood Road.

The suspect was wanted in connection with an assault and for possession of a firearm by a restricted person, and officers said he will likely face new charges for fleeing from police and potentially for damaging other vehicles during his attempted escape.