MURRAY, Utah -- It's been a month since Kayelyn Louder went missing, but the search hasn't lost momentum.

A large group of volunteers came together Saturday to send up their prayers and do their part to bring the missing Murray woman home.

“It's exhaustingly hard to deal with,” said Louder’s friend Riley Welsh. “But at the same time you get your heart lifted every time you drive past a billboard, or see the hundreds of people who show up just to release a balloon for her.”

Surveillance video from the day she vanished shows the 30-year-old woman outside her condo barefoot in the rain, without keys or a cell phone.

An hour later, a witness claims they saw a woman matching Louder's description disoriented and trying to get inside a gate and some cars.

Police said there's no indication of foul play and said evidence suggests she may have been confused or wandered off.

“I don't believe she had a mental illness, for her acting that way scares me and makes me want to find her even more,” said Amy Fugal, who is Louder’s Cousin.

This weekend volunteers filled and tied balloons to be launched as part of a fundraiser to pay for a private investigators, more ads, and a reward for her return. There are several pictures of Louder in the gallery below.

Anyone with information on the disappearance is asked to call Murray Police at 801-840-4000. 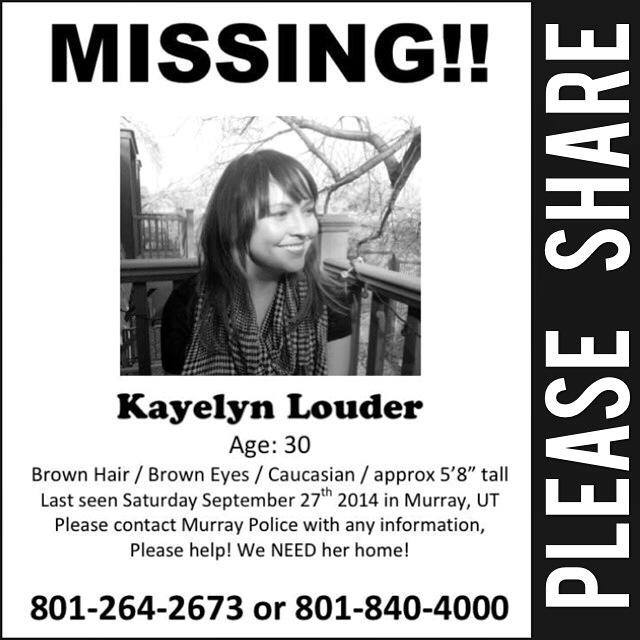