OREM, Utah - A suspect went to great lengths to try to steal an ATM at a bank in Orem.

Just after 4 a.m. Tuesday, officials said a suspect stole a front-end loader from a nearby construction site and drove it to the ATM at Bank of American Fork in Orem.

Authorities said the suspect rammed the ATM with the front-end loader, taking out the machine.

But the suspect didn’t stop there.

“They tried to bang the ATM around the parking lot to get it to open up and release funds,” Bank of American Fork Senior Vice President Brian Thompson said. “Its final resting place was at the parking lot of Fidelity. They were not successful in compromising the safe mechanism inside the ATM.”

Orem officers said they are hoping surveillance footage will help track down the person responsible.

However, it was dark out and the suspect was most likely facing away from the camera. 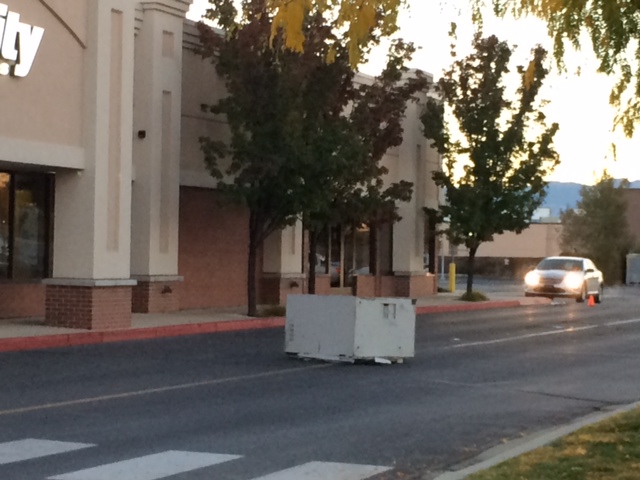