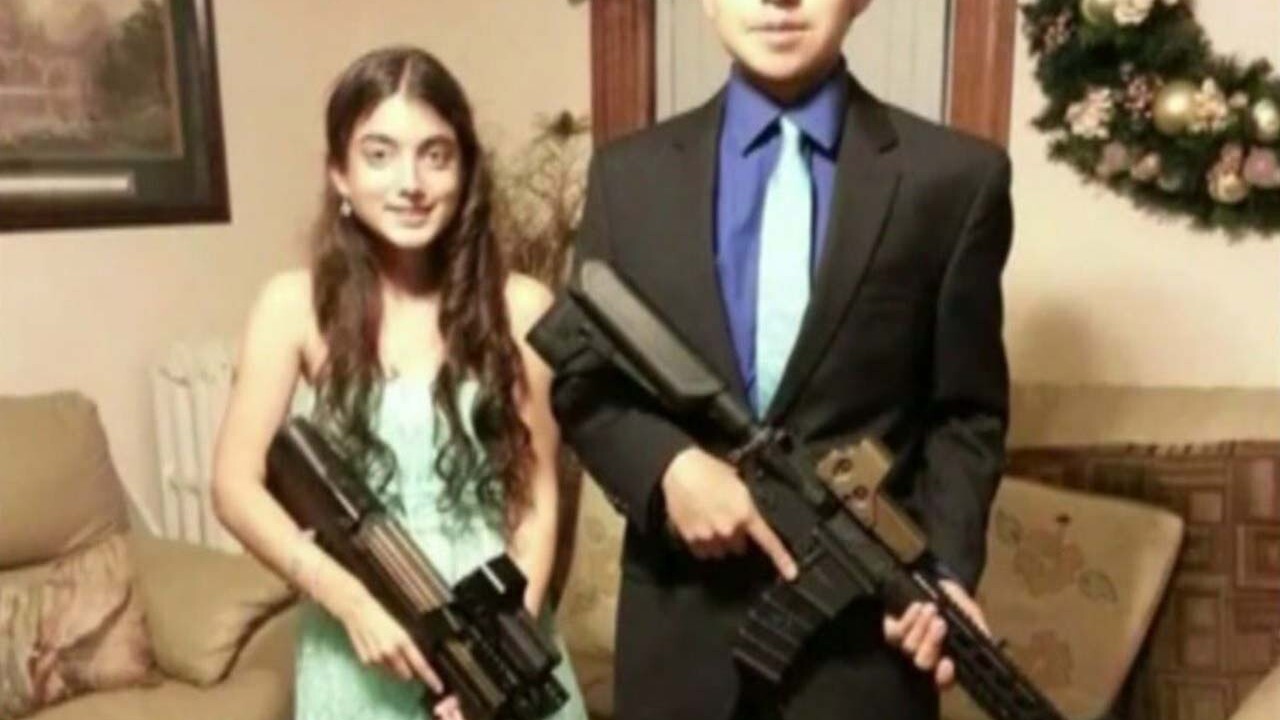 Tito Velez, 16, and his girlfriend, Jamie Pereira, are shown holding air-soft guns in a homecoming photo they posted on Facebook last Friday, according to WCVB.

Airsoft guns are replicas, which can fire plastic pellets, and are intended to be non-lethal.

Velez said they wanted their photo to be unique and use something other than flowers.

“This isn’t dangerous; you can’t kill someone with it," Velez said. "We didn’t shoot anyone. We were pointing them at the floor. Everything was on safe, no batteries, they never left the house. We never took them to school. That’d be stupid."

But when the teenagers put a caption on the photo, relating it to homecoming at their school, Bristol-Plymouth Regional Technical School, it connected the air-soft guns to a school function.

School officials say students were talking about the photo in school on Monday and it caused a “disruption,” which is why they were suspended, the superintendent said.

“These students know what is... provocative," Superintendent Richard Gross said. "And to tie that to one of our school events kind of puts it over the top which brings us into it.”

Jamie Pereira says she understood but thinks the school took it too far.

“Suspending us for 10 days and possible expulsion is way too much," Pereira said.

The students are suspended for up to 10 days.

The superintendent said there will be a hearing about when or if they will be allowed to return.