According to UtahPolicy.com, Mia Love has 48 percent with Doug Owens at 43 percent just days before the election.

The poll, conducted by Dan Jones and Associates, shows 6 percent of voters are still undecided which means this election could easily go either way.

Officials said independent voters appear to be moving away from Love and toward Owens in the final days of the campaign.

Now Owens leads with the independents 57 percent to 29 percent.

Results: See more on the polls on UtahPolicy.com 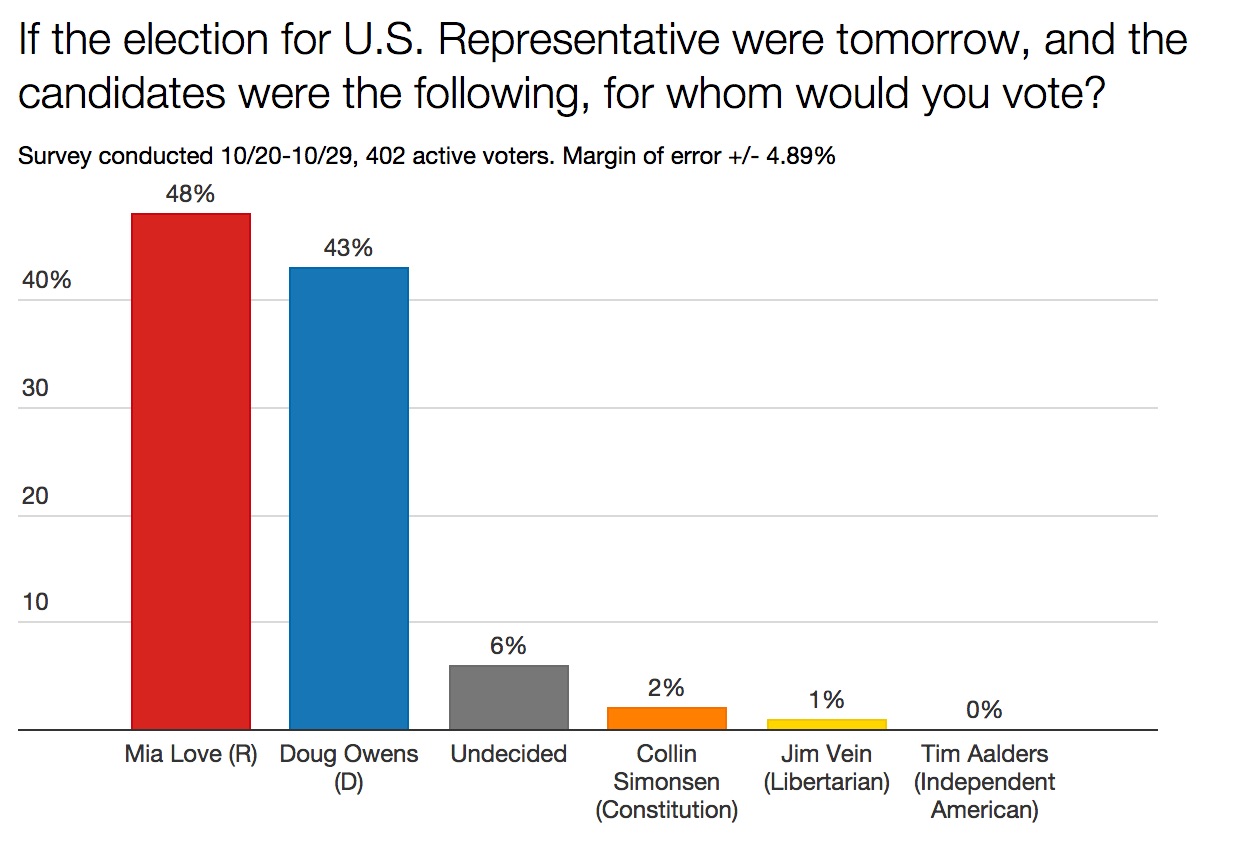