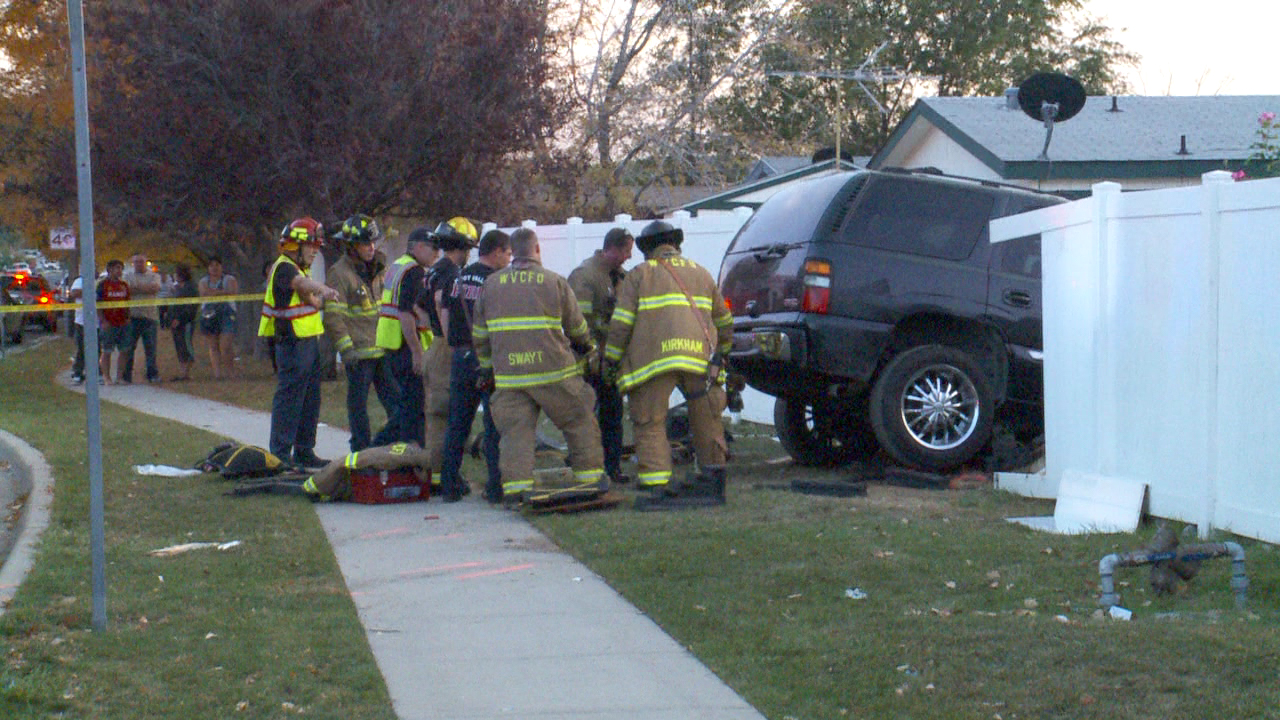 WEST VALLEY CITY, Utah – A teen is in serious condition after he was pinned beneath an SUV for several minutes Thursday following a crash caused by spilled soup.

Lt. Matt Elsom of the West Valley City Police Department said they were called to the area of 2822 South 3200 West around 5:52 p.m., where a 16-year-old boy had been hit by an SUV and became trapped beneath.

A 26-year-old female had been leaving to go to work, and as she exited the Windsor Mobile Estates she became distracted when the soup in the seat next to her spilled.

“She turned out of the mobile home park, the soup turned over, burning her leg,” Elsom said. “At that time, due to that distraction, she lost control of her vehicle and went up onto the sidewalk and into the fence right there. It just so happened that a 16-year-old male was riding his bike down the sidewalk… she hit the male and then proceeded to drive over the top of the male.”

Elsom said the teen was alert and talking the entire time crews worked to rescue him.

“The male was pinned underneath the car for several minutes, we had to have the fire department come and they had to use air bags and pieces of wood to… lift it up so they could pull the 16-year-old patient out,” Elsom said.

The teen suffered broken bones and Elsom said it’s possible he had internal injuries as well. The teen was taken to a hospital in serious condition but is expected to survive.
The driver was not injured by the crash.

“No, she suffered no injuries other than she had some hot soup burn her leg,” Elsom said.

Food is just one of many things that can distract drivers and cause accidents, Elsom said. He urged drivers not to do things like eat, talk on or use a cell phone, apply makeup or engage in other distracting behavior.