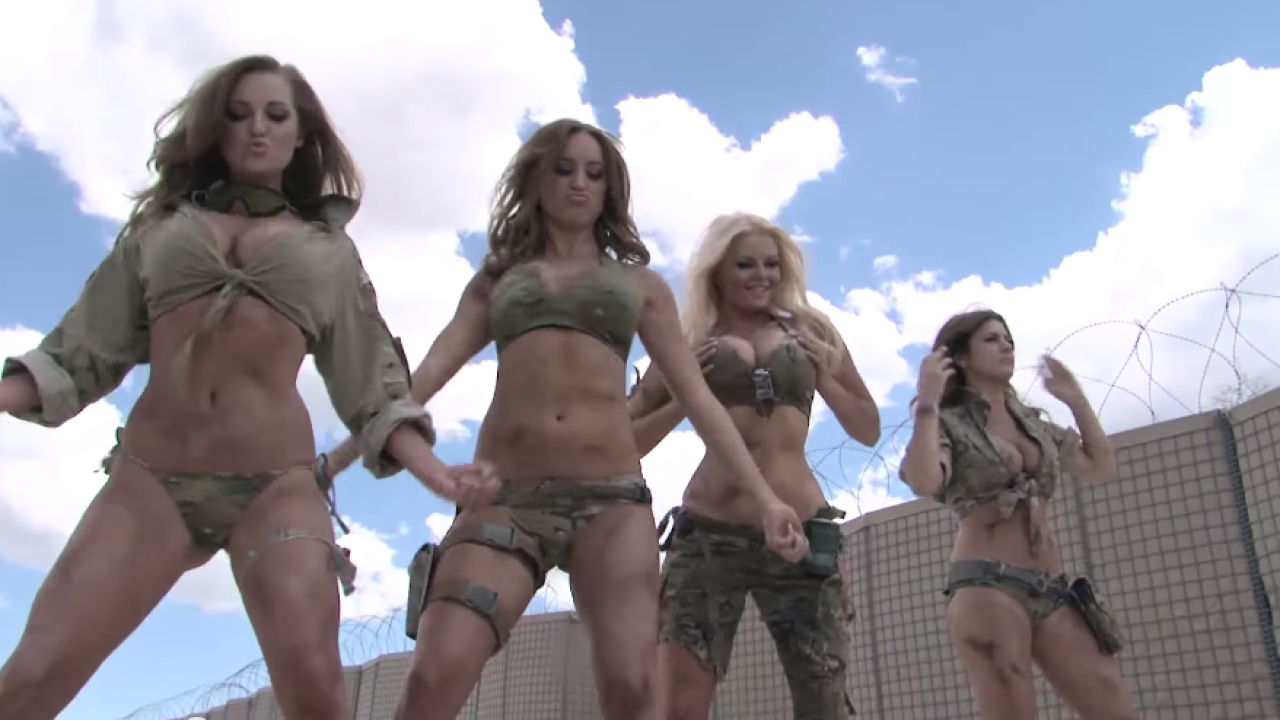 A still image from a promotional video for the Hot Shots calendar partially filmed at Camp Williams.

DRAPER, Utah – The Utah National Guard announced Saturday they are disciplining four soldiers in connection with a bikini calendar photo shoot that was found to have involved unauthorized use of military assets.

An investigation was launched after the Hot Shots 2015 calendar shoot occurred and a promotional video appeared on YouTube that showed models at Camp Williams in Utah.

According to a press release issued by the Utah National Guard Saturday, the 19th Special Forces non-commissioned officer who allowed the access to Camp Williams, “has been relieved of his leadership position, is being issued a general officer letter of reprimand, and faces early retirement.”

Three other soldiers are facing lesser disciplinary action, “commensurate with their respective levels of involvement.”

About $200 is being recovered from the soldiers involved due to the cost of fuel used during the video.

The announcement came after an investigation into the shoot, which occurred between May 27 and May 30 at several locations including Camp Williams. The release states it was determined that five vehicles and one zodiac boat were used as props during the calendar shoot. The video that sparked the investigation is embedded below.

The investigation also determined that the Utah National Guard did not provide weapons, ammunition or range support for the live-fire portions of the video and calendar.

The press release states: “The Utah National Guard regrets its involvement in this incident. However, this error in judgment of these few soldiers does not diminish the commitment and resolve of the Utah Guard and its more than 7,000 members to serve the citizens of Utah and our Nation which has been clearly demonstrated during the last 13 years of war.”

Regulations and procedures related to the incident are under review by Utah National Guard leadership.