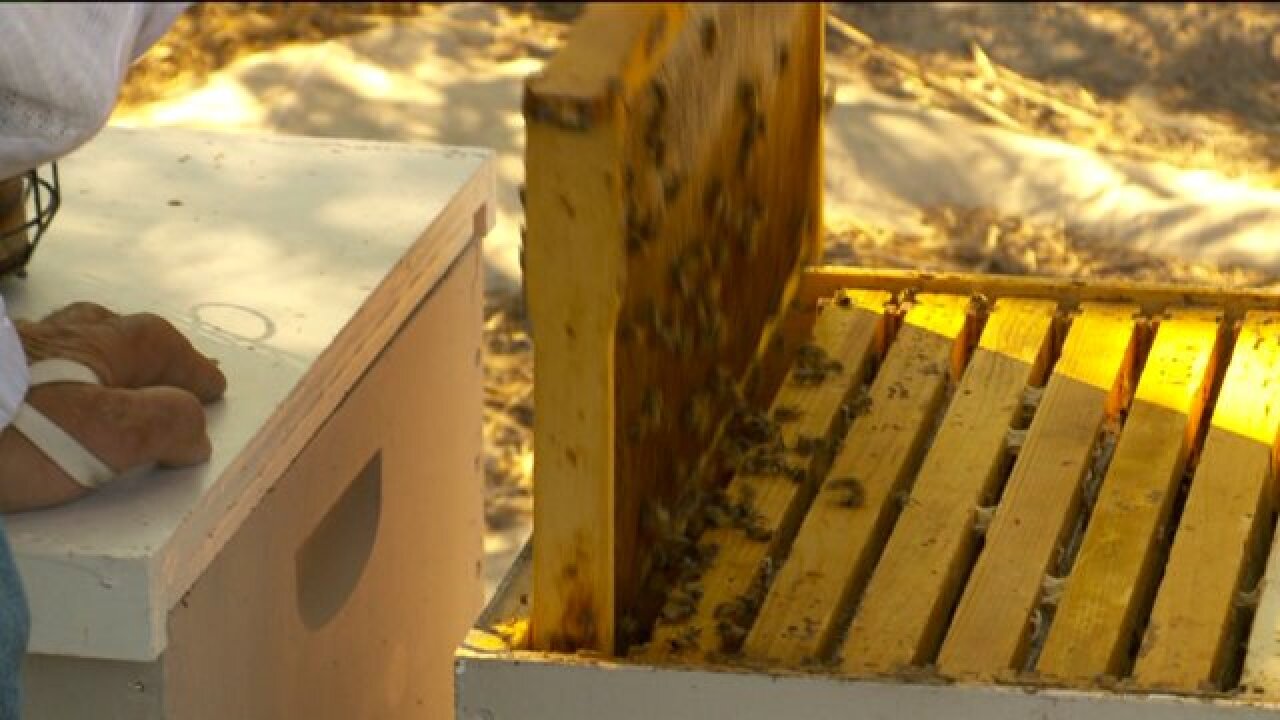 They are hunting for phages, which are viruses that attack and kill the bacteria that is harming bee larvae and causing whole hives to collapse.

Merrill is helping to develop a method to treat killer bacteria in beehives without using antibiotics. Researchers are hunting for different phages, or viruses, to treat American foulbrood, a pervasive disease that has been found in beehives over the last several decades.

“It’s very contagious, and it spreads quickly, and once your hive has the disease, it’s really, really difficult to treat, usually you have to kill your hive, or your hive dies,” Merrill said. “There’s not much you can do to save it.”

Honey bees are integral to our nation’s agriculture--about a third of American crops rely on bee pollination to be successful.

Antibiotics can be used to treat infected hives, however it also leads to more resistant strains and can stay in the bees’ honey for a long time.

Treating with phages offers bee keepers a natural option to treating their hives.

The student phage hunters test samples from the soil near hives as well as the honeycomb, honey and wax. Once back at the lab, the researchers create concentrated doses of the phages and put them back on the hives.

They have discovered upward of fifteen different phages that could be used in the hives.

“Our possibilities are increasing,” BYU student Kiel Graves said. “We are getting more and more people interested, so more people are sending us samples we can do stuff with, and it increases the options of what we can actually do, and it’s very exciting."

Merill said there are more advantages to using phages over antibiotics; the phages can multiply until the bacteria is gone, and they will mutate to keep up with the bacteria. Antibiotics don’t have that same ability.

The team’s research is moving forward to the next step, which is more widespread testing to see if the preliminary positive results continue.