Large fire breaks out between businesses in Clearfield

CLEARFIELD, Utah -- A fire broke out between two businesses in Clearfield Sunday, and officials said the flames were as high as 40 feet before the blaze was extinguished.

Photos and video from the scene showed flames and thick clouds of smoke coming from the area of 300 West and Antelope Drive in Clearfield, and fire officials said the fire began in a pile of excess storage between two businesses.

FOX 13 News first received images of the fire at about 2:45 p.m. , and heavy smoke as well as flames could be seen in the images. Official said around 3:40 p.m. that the fire had been extinguished quickly.

Mark Sessions, North Davis Fire District, said the fire had an impact on those traveling in the area.

"When the flames and the smoke were the heaviest we did have some traffic control problems that [police]handled very well," he said.

The cause of the fire is unknown, though officials said it does not appear to be suspicious and may have sparked among a pile of old electronic equipment. 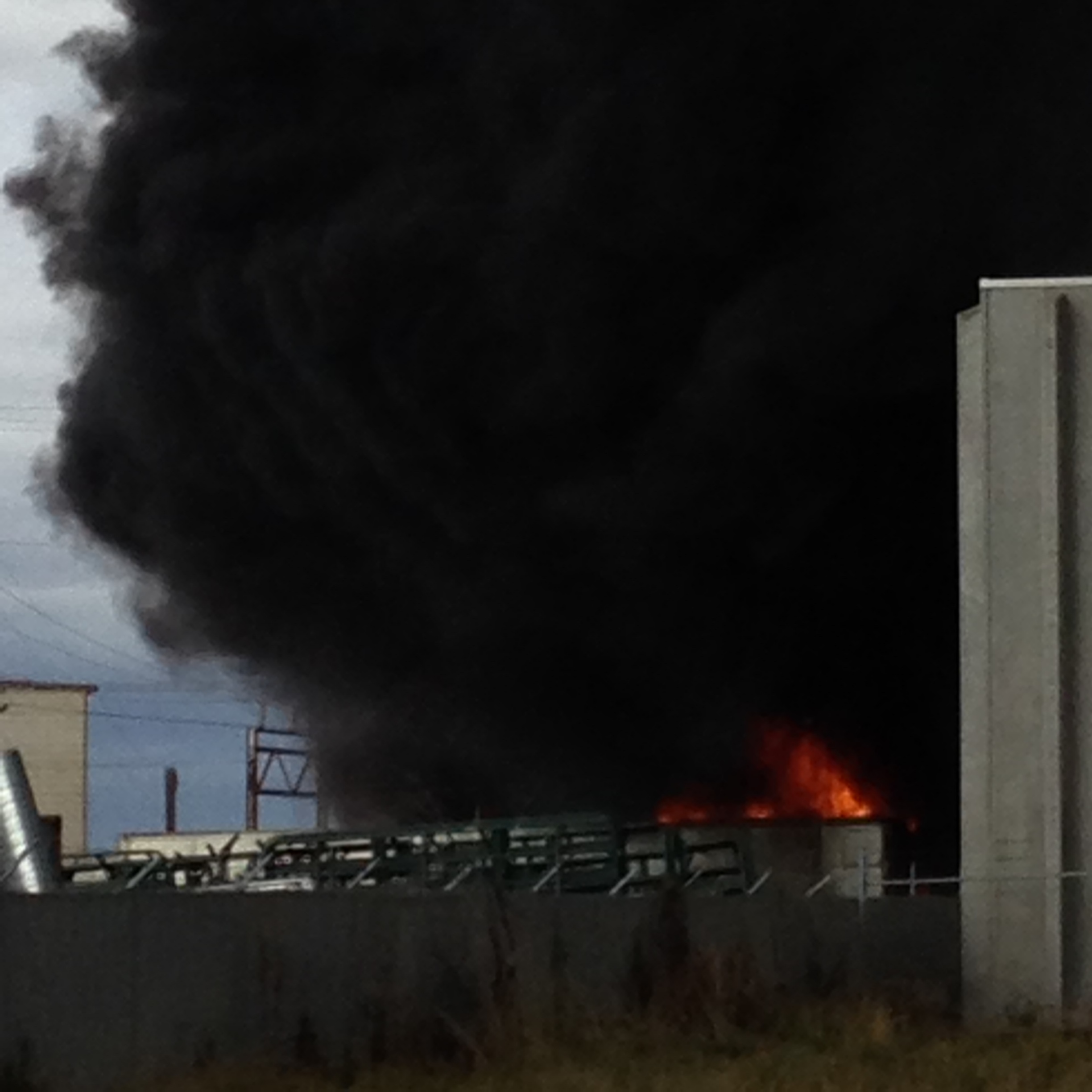