SALT LAKE CITY -- Salt Lake City police have identified a 7-Eleven clerk shot to death Sunday morning after an argument about cigarettes, and a man has been booked into jail for murder.

At approximately 1:20 a.m., a man walked into a 7-Eleven, 1157 W. California Avenue. After an argument, the suspect shot and killed 29-year-old Jamie Blalack then fled the scene, according to a press release from Salt Lake City police.

“There ended up being some sort of an argument between the two over the buying of the cigarettes and Jamie asked the male to leave the store," Heiden said. "When the male was leaving the store, he fired one round and that hit Jamie, killing Jamie at the scene."

Police arrested 30-year-old Anthony William Cline Sunday afternoon. A statement of probable cause states that Cline, "admitted to firing his gun at the front of the 7-11 from outside the store. Cline stated he was mad at the clerk for refusing to sell him cigarettes."

Documents indicate Cline was booked into jail and faces a charge of homicide. He also had warrants out for various misdemeanors.

Officials said tips from witnesses and those who saw the surveillance images helped lead police to the suspect.

“People were calling in tips," Heiden said. "There were also some witnesses at the scene, and we were working some leads as well. Between those three things we were able to track down Anthony William Cline."

Tarnya Muir is a regular customer at the 7-Eleven, and she said Blalack was always kind.

“He always had a smile on his face, always went that extra mile to make sure you were having a good day," Muir said.

Alicia Ontiveros also frequented the store, and she spoke fondly of the man.

“He asked about my family and he remembered me; it was always nice because he always remembered you,"she said.

Muir said the news hit her hard: “I was devastated. I about collapsed on the floor."

Ontiveros said she is glad a suspect is in custody, but she said she hopes changes can be made regarding the way people treat each other.

“It is scary," she said. "And I just kind of wonder sometimes when we look around our neighborhoods, when do we come together as a community and say enough is enough?" 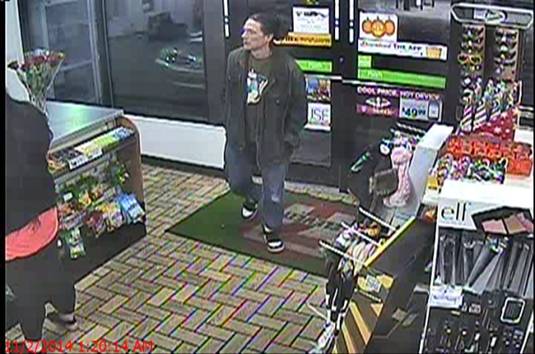