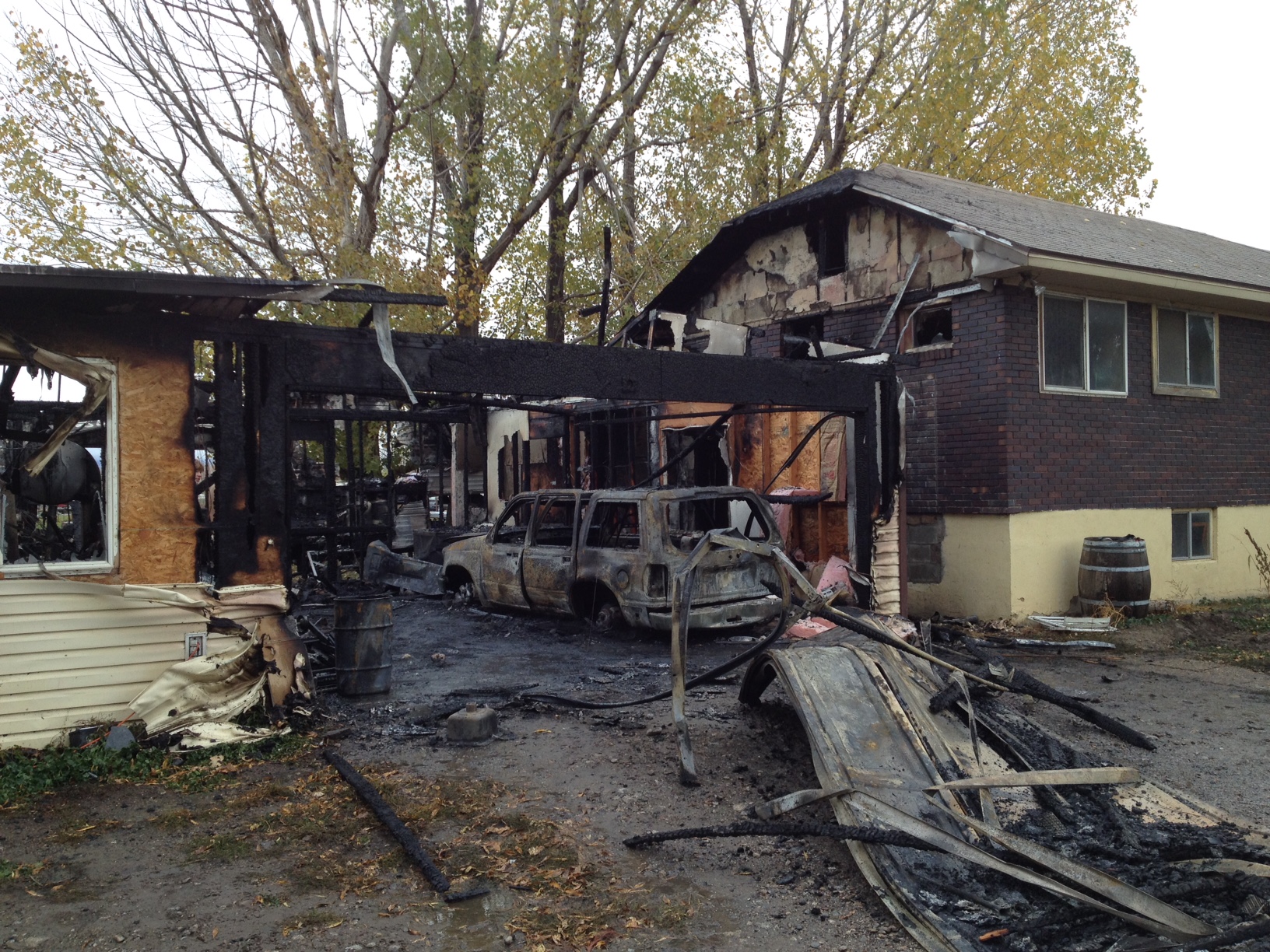 UTAH COUNTY — A Utah County family was not injured when they evacuated their home Sunday morning due to a garage fire.

Hendrickson said the family of four was at home when they were awoken by popping sounds from the garage. When they saw the garage was full smoke they evacuated the home and called 911.

American Fork fire crews responded to the scene. The garage, one vehicle and a mobile home next to the garage were lost in the flames. Hendrickson said there was minimal damage to the house.

Hendrickson said it is unknown the exact cause of the fire but officials don’t believe the blaze to be suspicious.