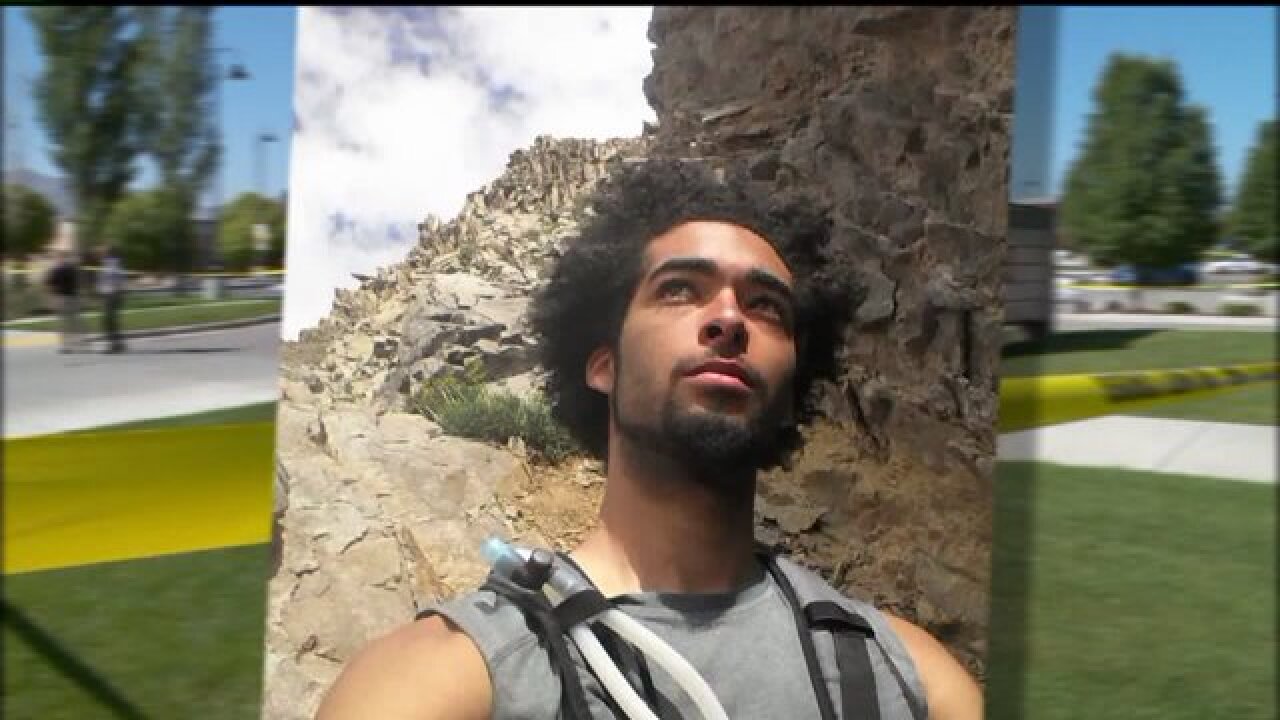 Buhman announced his findings after a nearly 2-month long investigation into the Sept. 10 death of Darrien Hunt.

“I find that Saratoga Springs Cpl. Matthew Schauerhamer and Officer Nicholas Judson were justified in their use of deadly force against Mr. Hunt," said Buhman. "Their belief that deadly force was necessary to prevent death or serious bodily injury was reasonable."

Both officers noticed Hunt was carrying a sword in a sheath, and as they spoke, Schauerhamer asked him to put it down.

“I can’t do that,” Hunt said, according to documents. “It’s my sword.”

That’s when Hunt lunged at both of them, according to Buhman.

"As Mr. Hunt was speaking with the officers, abruptly and without any apparent provocation, withdrew the sword from its sheath, and immediately swung or stabbed it toward at least one of the officers,” said Buhman.

In response, Schauerhamer started shooting, prompting Hunt to take off. Both officers chased after him and three more shots were fired as Hunt turned a corner toward the nearby Panda Express restaurant.

In total, seven shots were fired, with only one coming from Judson’s gun.  Buhman explained that Schauerhamer was the closest to Hunt and was worried he was heading in the direction of more people as he ran.

“He did not stop after being given a verbal command to stop,” Buhman said. “The time it would have taken for Mr. Hunt with the sword still in his hand after having stabbed or sliced at officers, it would have been a matter of seconds before he reached someone else.”

The argument, however, is not enough evidence to justify what happened, according to Hunt family attorney, Robert Sykes.

"I think it's a whitewash. I think it's an exaggeration,” Sykes said. “I think they ignored good hard evidence to be contrary.”

Sykes pointed to evidence like the State Medical Examiner’s autopsy report, which showed Hunt was shot six times. Based on the wounds, the ME found some of the bullets struck Hunt from behind.

"We do not believe a swing was taken with the sword, as was alleged. But even if that happened, the shooting in the back was not justified,” Sykes said.

The family plans to file a lawsuit against the city’s police department, as soon they complete their own investigation into the shooting.

Their efforts won’t delay the reinstatement of both Schauerhamer and Judson, a move Police Chief Andrew Burton stands behind.

"They followed Utah law. They followed their training,” Burton said. “At some point, they have to make a very difficult decision in just a matter of seconds, and then the rest of us get to Monday-morning quarterback the thing for years.”

The officers will go through some retraining before they’re working at full capacity again.  They are scheduled to be reinstated within the next few days.