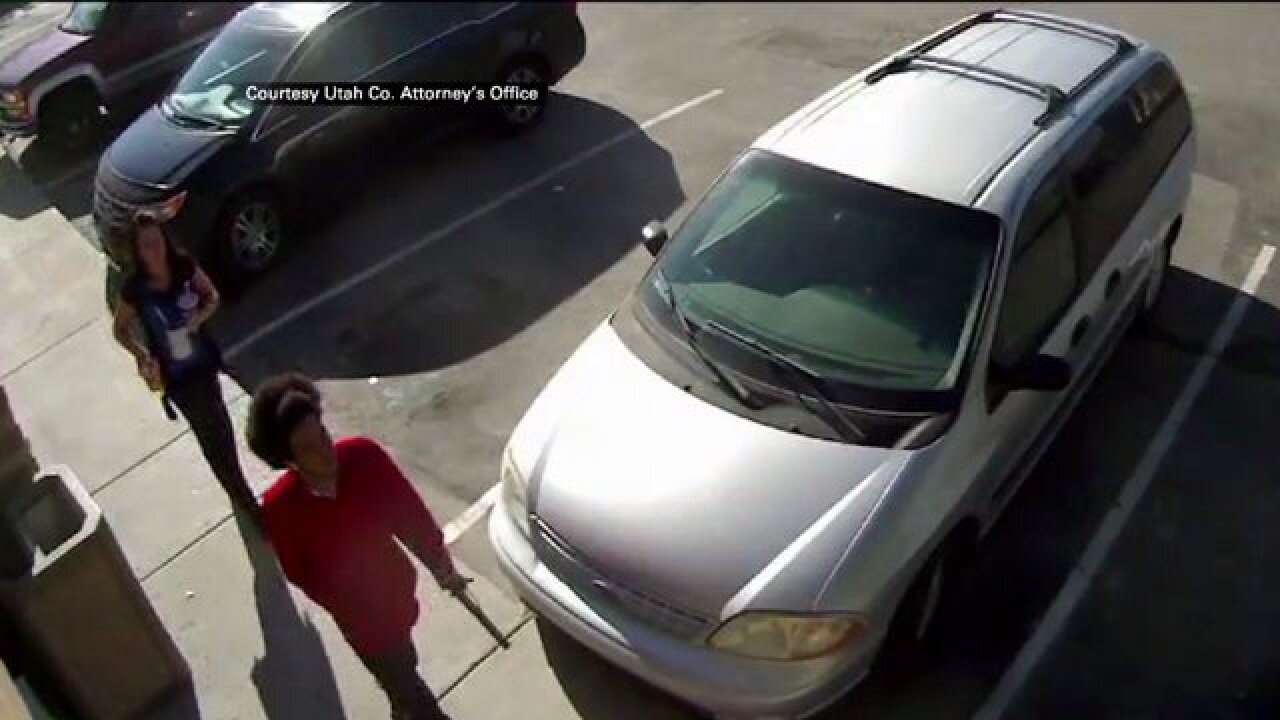 SARATOGA SPRINGS, Utah -- Two months after a 22-year-old Saratoga Springs man was shot and killed by police, video showing the moments leading up to the shooting has been released.

The Utah County Attorney's Office released the surveillance video Thursday, which is connected to the fatal shooting of Darrien Hunt. The shooting was ruled justified, click here for details on that determination.

The surveillance footage comes from the Top Stop gas station, Wal-Mart, and Panda Express. Those are the three businesses in the vicinity of where Darrien Hunt was shot and killed.

The video shows Hunt walking on the sidewalk outside the Top Stop, the samurai sword clearly in his left hand. Behind him is a woman walking just feet away. Seconds after they pass the camera, a police officer is seen walking in Hunt's direction.

In another clip from cameras at the Panda Express, Hunt is sprinting across the parking lot while being chased by two officers.

Hunt Family Attorney Robert Sykes said, "You can tell that this young man is running for his life, and he's being fired at by a cop, and there's no apparent reason for it."

Police officials have stated that Hunt swung the sword at officers before the officers started shooting at Hunt.

Meanwhile, inside the Top Stop convenience store, there is sound from witnesses who are realizing what's happening.

You can hear a woman say, "Cops are out there shooting a guy."

Sykes told FOX 13 News, "This helps I think solidify the family's view that he did nothing wrong, and what you clearly see is a young man running full speed, running for his life."

FOX 13 News reached out to the Saratoga Springs Police Chief, who said he had not seen the surveillance video and would not comment until he had watched it.

The Hunt family continues to work with their attorney and plans to file a lawsuit against the Saratoga Springs Police Department.