PROVO, Utah – Police are looking for a college-aged man who may have been operating a meth lab in an apartment less than 1 mile from Brigham Young University, and officials became aware of the meth lab after a fire broke out Friday.

Post said the tenants had put out the fire in a roommate’s room, where they found suspicious chemicals. Fire crews responded, and DEA personnel were brought in to help clean up the lab. Photos from the scene, courtesy Jacob Molnar/The Universe, show crews responding as well as some of the chemicals that raised suspicion.

Police did not officially confirm they had found a meth lab until later Saturday night. They said the operation was a fully functioning meth lab.

Post said the man who rents the room was not home when officials responded, and he said they hope to locate the man in the next few days. Officials did not provide a description of the man. They said he is college-aged but they are not sure if he is a student at BYU.

BYU student Jacob Molnar lives at the complex and said he was surprised by the incident.

"Of course, this is very shocking, you would think here at BYU we are in a safe environment," he said. "We all agree to live the honor code, but there are sometimes people who do dangerous things."

Students at BYU must agree to follow an honor code, which includes provisions against alcohol and drug use, among other things.

Brigham Young University's newspaper, The Universe, spoke with a tenant at the apartment, who said the man who rented the room where the alleged meth lab was found is a current BYU student. Click here for that interview. 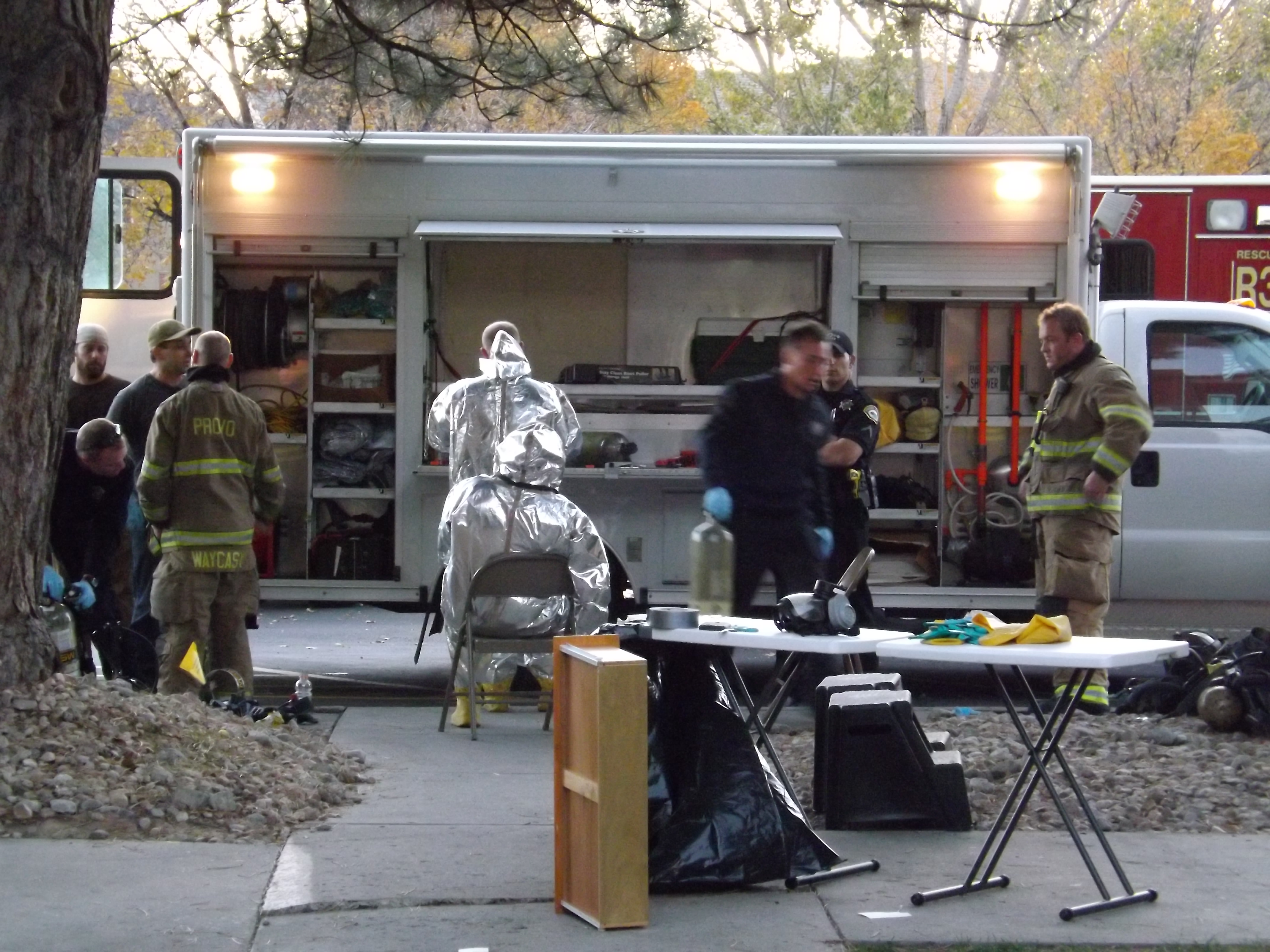