Lifetime dieter down 150 pounds; her wake up call and how she did it 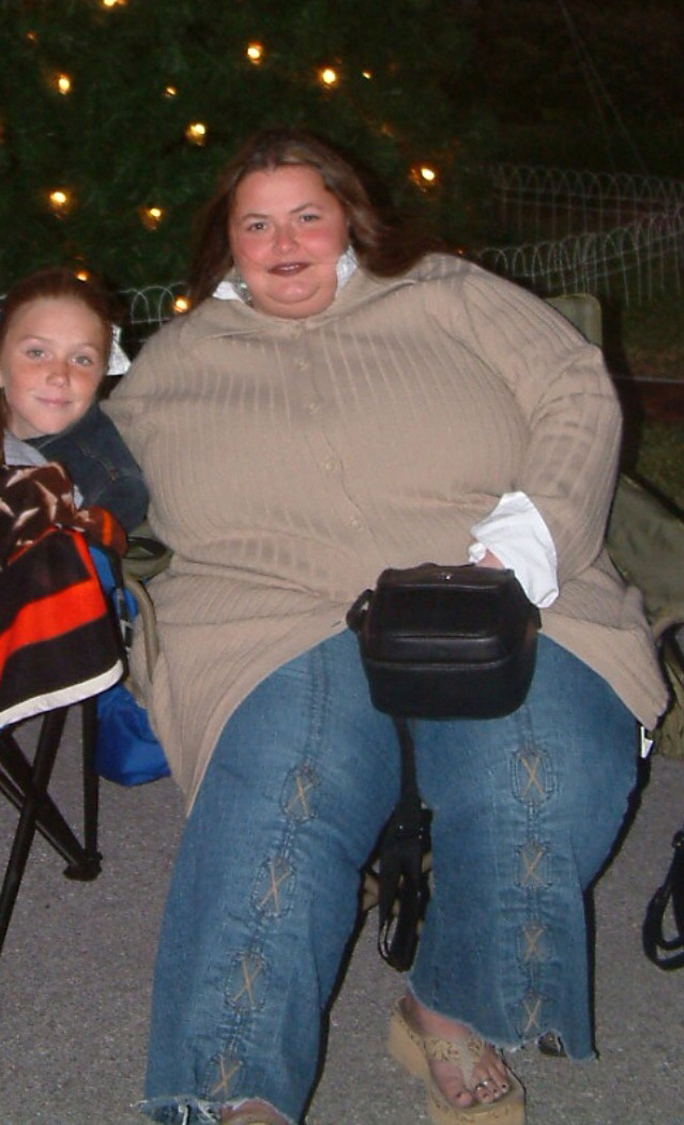 She had no idea she would be wrestling with her eating habits for the next three decades.

In 2012, after years of alternating between dieting and splurging, Durrant had gone from “chubby little girl” to a morbidly obese woman.

She had quit going to amusement parks and concerts because she couldn’t fit in the seats or walk without knee pain, and she couldn’t get in her car without losing her breath.

On airplanes, she had to fly first class and still use a seat belt extender because she was too big for coach seats.

She took showers because she couldn’t lift her body out of the bathtub anymore.

Durrant’s doctor told her that her cholesterol was so bad “that I was going to have a heart attack within 10 years if I didn’t change my ways.”

Besides the physical toll, her self-worth was shot.

“I spent 30 years of my life thinking that if I could just lose this weight, then my life could begin, then I’d make the cheerleading squad, then I could take that vacation, then I would meet the man of my dreams, etc.,” said Durrant. “I never felt like I was enough.”

Durrant, now 41, attributes much of her weight gain to dieting at such a young age.

“It taught me that deprivation was the only way to lose weight, and that food was bad,” she said. “I thought I was fatter than I actually was, and I never developed (a healthy) self-esteem.”

She felt helpless, knowing her life was at risk but not knowing how to change.

That night, she was at a dinner for her sister’s birthday, “pigging out on the fattiest foods possible,” when her sister mentioned she had joined Weight Watchers and was having success with it.

Durrant joined Weight Watchers the next morning with her best friend and never looked back.

Through the company’s points system, she learned how to create a balanced meal.

She found the system wasn’t as restrictive as many other diets and allowed her to enjoy foods like steak as long as they were eaten in moderation.

Durrant stopped eating fast food and gave up soda. She began to appreciate — and eventually, to love — fruits and vegetables.

Most importantly, she eliminated a lot of guilt by realizing that eating something unhealthy didn’t equal failure.

“In the past, if I ate what I considered non-diet food, I thought I had ruined everything, and I would quit whatever diet I was on,” Durrant said. “Now I know that I can still occasionally splurge, attend celebrations, go to restaurants … because I have learned how to choose something healthy anywhere I go.”

In the first couple of months, Durrant’s low-density lipoprotein, or LDL, cholesterol dropped 37 points as she made more positive changes to her eating habits and began to spend more time in the gym.

This health change was a major landmark in preventing the heart attack that her doctor had presented as a very real threat.

But Durrant was not done making changes.

From the very beginning, becoming physically strong was just as important to Durrant as losing a lot of weight.

In January 2014, she made a New Year’s resolution to go to the gym every day for a year.

She has stayed faithful so far.

“Even if I’m out of town I make sure to go before I leave or I rush back to get in my workout before midnight,” she said. “I feel unstoppable.”

Durrant has fitness equipment at home that she uses as well: a punching bag, an ab lounger, hand weights, kettlebells and workout DVDs.

She tries to get in about five miles of cardio every day, as well as upper and lower body weight exercises. She has recently discovered a passion for weightlifting and bench pressing.

“I am very proud of my muscles,” she said. “I stare at them all the time.”

Durrant’s boyfriend, Joe Goshen, has been her biggest cheerleader. He said she’s always been beautiful, but she “now has a million different smiles, each one more beautiful than the last.”

Although Durrant has changed most dramatically on the outside, she likes to acknowledge the internal changes as well.

She said her newfound self-confidence has really helped her focus on the importance of even the smallest moment.

“When the weekend comes, I’m up with the birds and ready to get out of the house and make every moment count, instead of lying in bed with no energy, watching TV and eating.”

Durrant decided to create a Facebook page called “Get Down with Dani” to both inspire others and to keep herself accountable for achieving her weight loss goals.

“I have had the pleasure of meeting the strongest people that I’ve ever known,” she said. “They have embraced me every step of my journey and allowed me to inspire and motivate them to start their own weight loss journeys.”

Initially, Durrant said she challenged her followers to work out with her every day for a month, and more than 300 people joined her in accomplishing that goal.

“Now I have a challenge group with thousands of women, and a few good men, who are all ‘Down with Dani’ and excited for every new challenge that I give them,” she said. “We have made weight loss fun.”

She said it’s an amazing feeling to be the one doing the inspiring and motivating, when two years ago, “all I wanted to do was hide in a corner and cry.”

“My struggle with obesity is the one thing in life that I always failed at,” she said. “To become an inspiration at your greatest failure, that is priceless.”