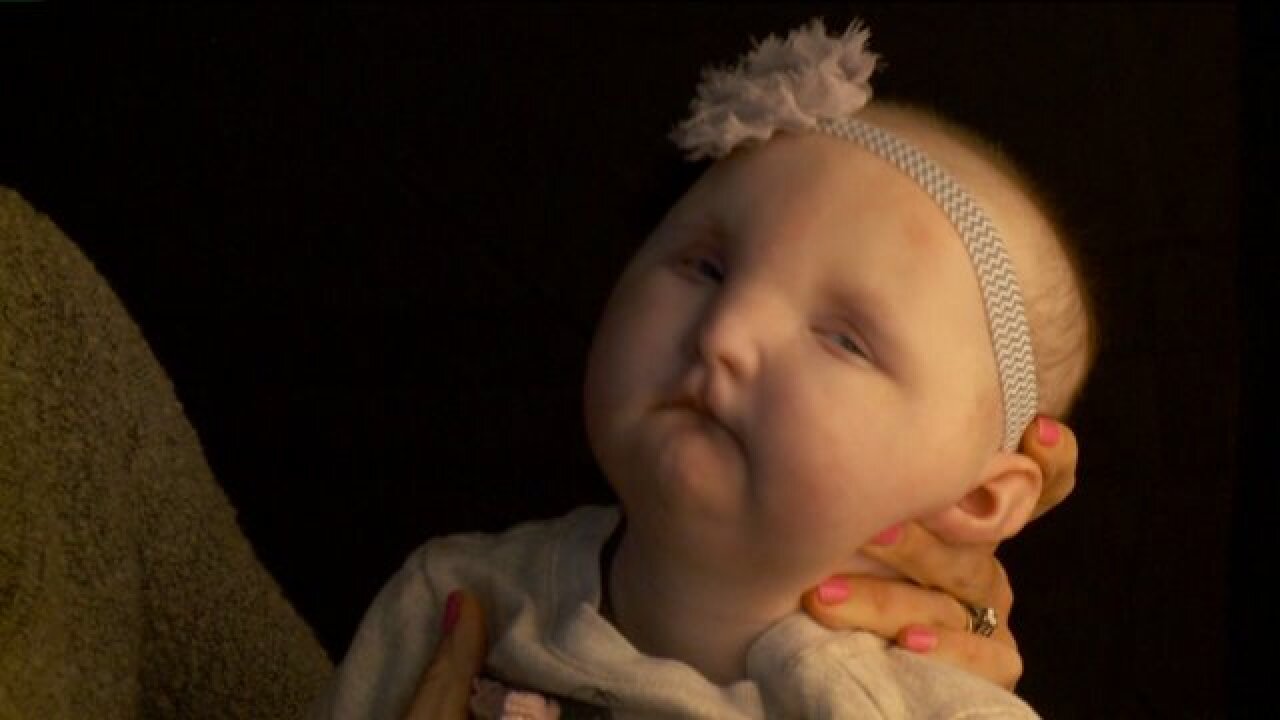 SALT LAKE CITY -- Some call it a miraculous extract, but not every state is on board with the idea of using cannabis oil to treat children with epilepsy.

A photographer who is on a mission to change the way people see the drug was in Utah Wednesday. It's a photography project aimed a raising national awareness about cannabis oil and the faces of the drug happen to be children suffering from a debilitating disease.

"I started this project over a year ago," says Nichole Montanez, the photographer who came up with "Faces of Cannabis."

She's photographed many children and connected parents to each other.

"When nothing else works, you have to do everything you can for your child," said Angie Mathews, whose son has epilepsy.

She and other Utah parents are part of the portrait project, which is helping change how the public perceives cannabis.

"I think the main goal is to put a new face to medical cannabis and put the children on the forefront and remind people why this is important and why we're doing it," Montanez said. "These are children. They're children just like your children or my children, and they deserve a chance."

In many states, it's illegal for parents to possess cannabis oil, which is used to treat children with epileptic seizures. But thanks to recently passed legislation in Utah called Charlee's law, families aren't forced to uproot their lives in search of treatment.

"He has had seizures since he was 2 months old, it's a progressive epilepsy that is very resistant to medication," said Marina Alexandrescu, whose son suffers from seizures.

For mothers like Marina, cannabis oil has been a blessing.

"When I found out about it, I was very excited from the beginning," she said.

But not everyone has easy access. Mothers like Angie are still waiting. It could be another six months before her son can start using cannabis oil.

"The prognosis for him, without the cannabis oil, without giving it a shot is grim," she said. "It's not good. It's life-threatening and he could die from it."

The organization Hope 4 Children with Epilepsy helped host Wednesday's portrait project "Faces of Cannabis." The pictures will be displayed on a website with the children's stories and the project will be used to lobby legislation and raise awareness not just among the public but also lawmakers about the benefits of cannabis oil.

Hope 4 Children said they will be joining forces with other organizations across the country to lobby for Charlotte's Web Medical Hemp Act, which is a federal bill proposing to remove cannabis oil and therapeutic hemp from the list of controlled substances.