As of 9 p.m., more than 80 crashes occurred in three different counties during the day. Davis County had 16, Weber County had 34--including 10 slide offs, while Box Elder had 35, including one fatal crash.

“It’s been quite a wild ride for everyone, there have been several slide offs and accidents,” said UHP Patrolman Brady Zuagg.

UHP was riding back and forth between disabled vehicles throughout the day. In some cases it was as innocent as cars skidding off the road, while in other instances it was quite serious or even deadly.

In Parley’s Canyon, a semi-truck flipped over. While in Tremonton, 48-year-old Tracy Hoskins was ejected from her truck after she lost control--sending the vehicle rolling several times. Hoskins was pronounced dead at the scene.

“If it’s raining and it’s cool, you should cut your speed by at least 30 percent, if it’s snowing you need to cut your speed at least in half, and if it’s solid ice just stay home,” Zuagg said.

UDOT had trucks armed with plows and salt, rolling up and down I-15, attempting to keep traffic safe and moving.

“We get emails twice a day about what the weather forecast is like for our area, and then we go off of that and then we usually run 24-hour shifts to make sure we are covered,” said Jake Brown of UDOT.

Some drivers took every precaution to prevent them from becoming a statistic.

“Slowed down just got into the slow lane, let the people pass me who have four-wheel drive,” said Chris Jepsen.

Other drivers said no big deal, this is Utah, it’s supposed to snow.

“I think these roads are clear, the people that are off the road are just ridiculous,” said Phillip Hawkes.

Snow is here: Check how much your area will get 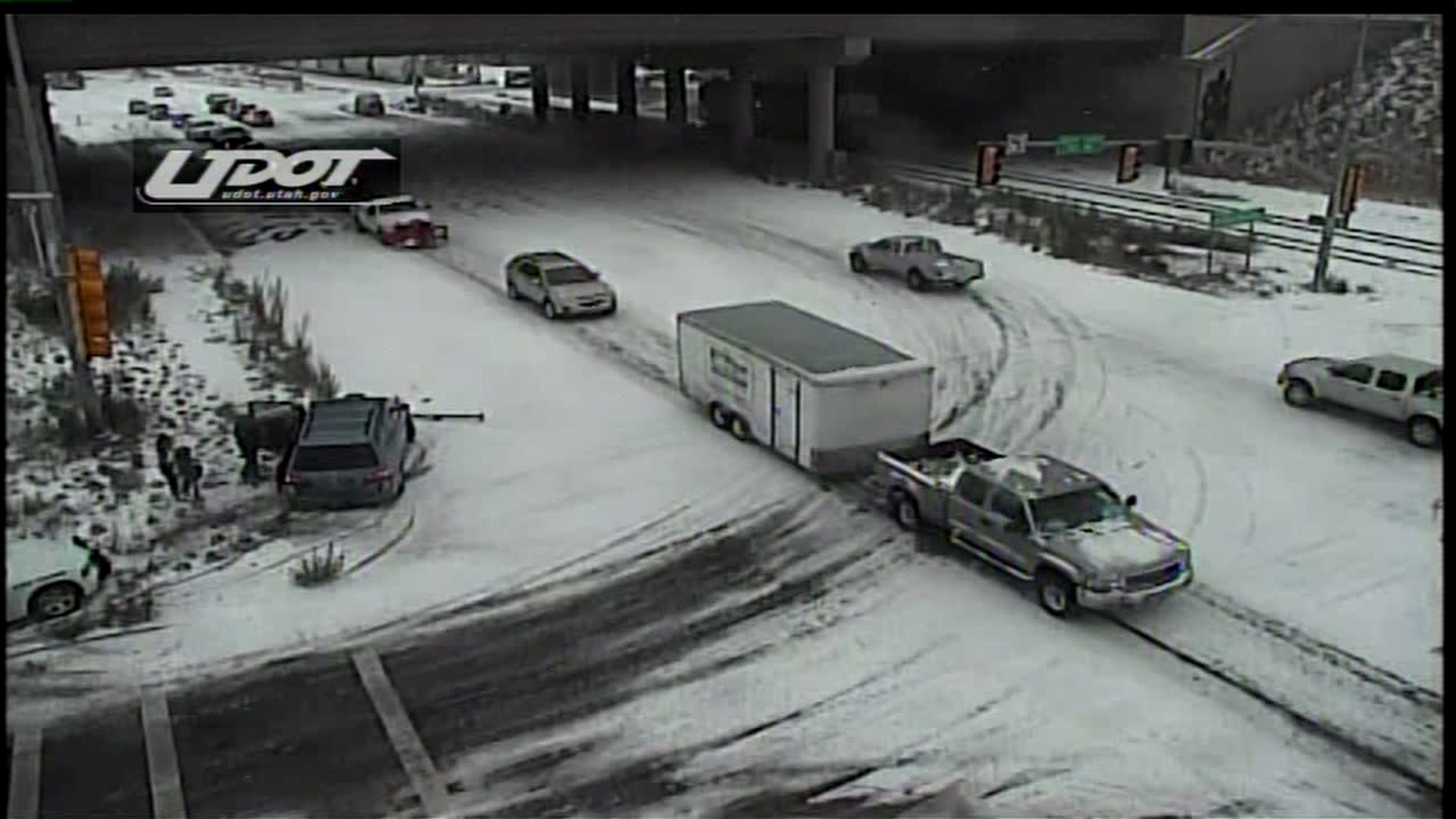