SALT LAKE CITY - A mother and daughter are recovering after their SUV slid off the top of a parking garage and landed upside-down on the street below.

Officials said they believe ice is the reason their car slid off the two-story parking garage at the Wal-Mart near 3rd W. and 1300 S. around midnight.

Police said the pair was driving down from the parking lot's upper deck when they slid into the lot's concrete wall.

Investigators said the car's impact knocked off the wall and the car slid off to ground level.

Lt. Eddie Cameron said they may have been driving faster than was safe for the existing conditions.

Officers said the mom and her daughter only suffered minor injuries.

Lt. Cameron said Wal-Mart has closed the upper deck of the garage. 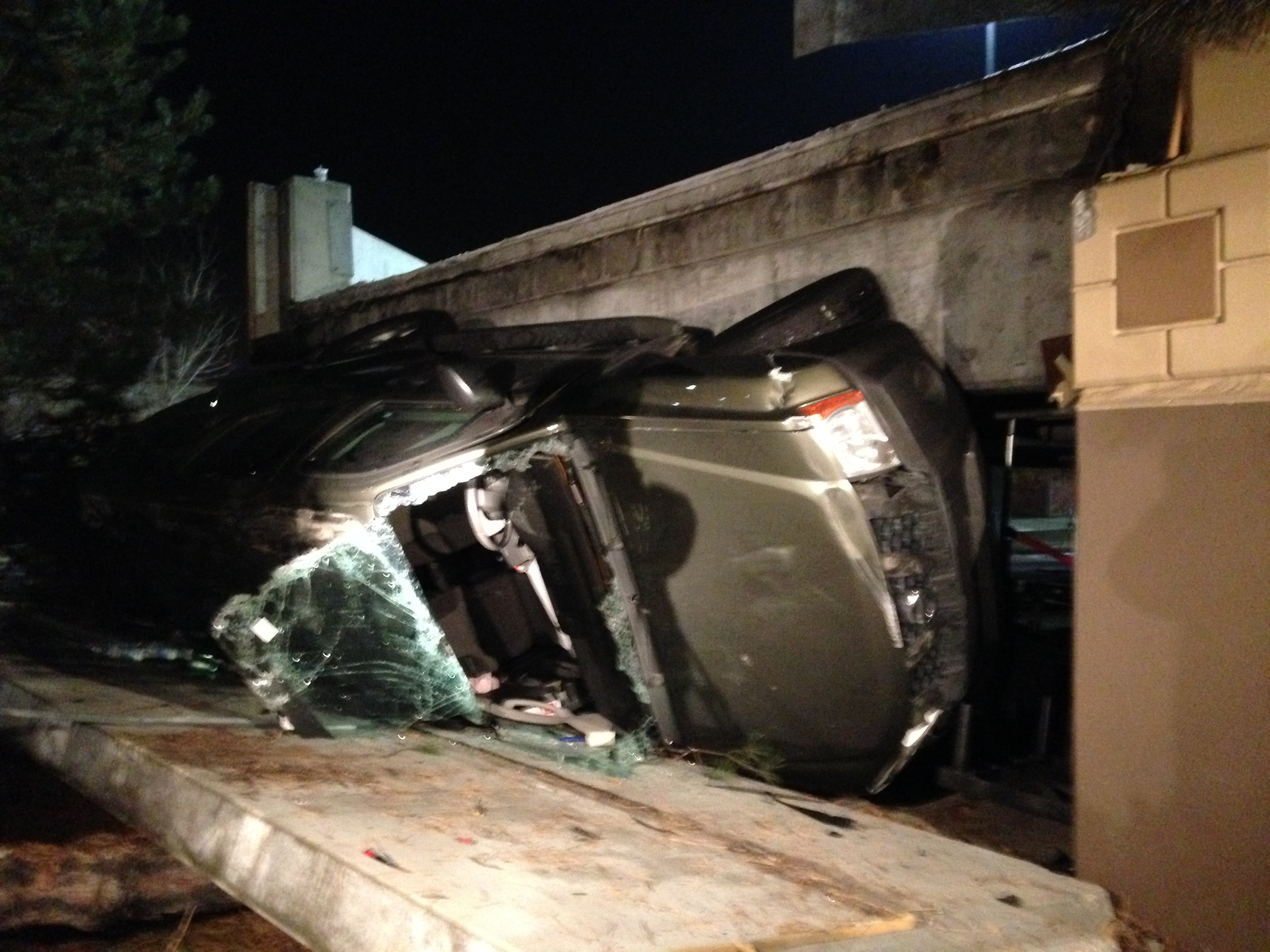