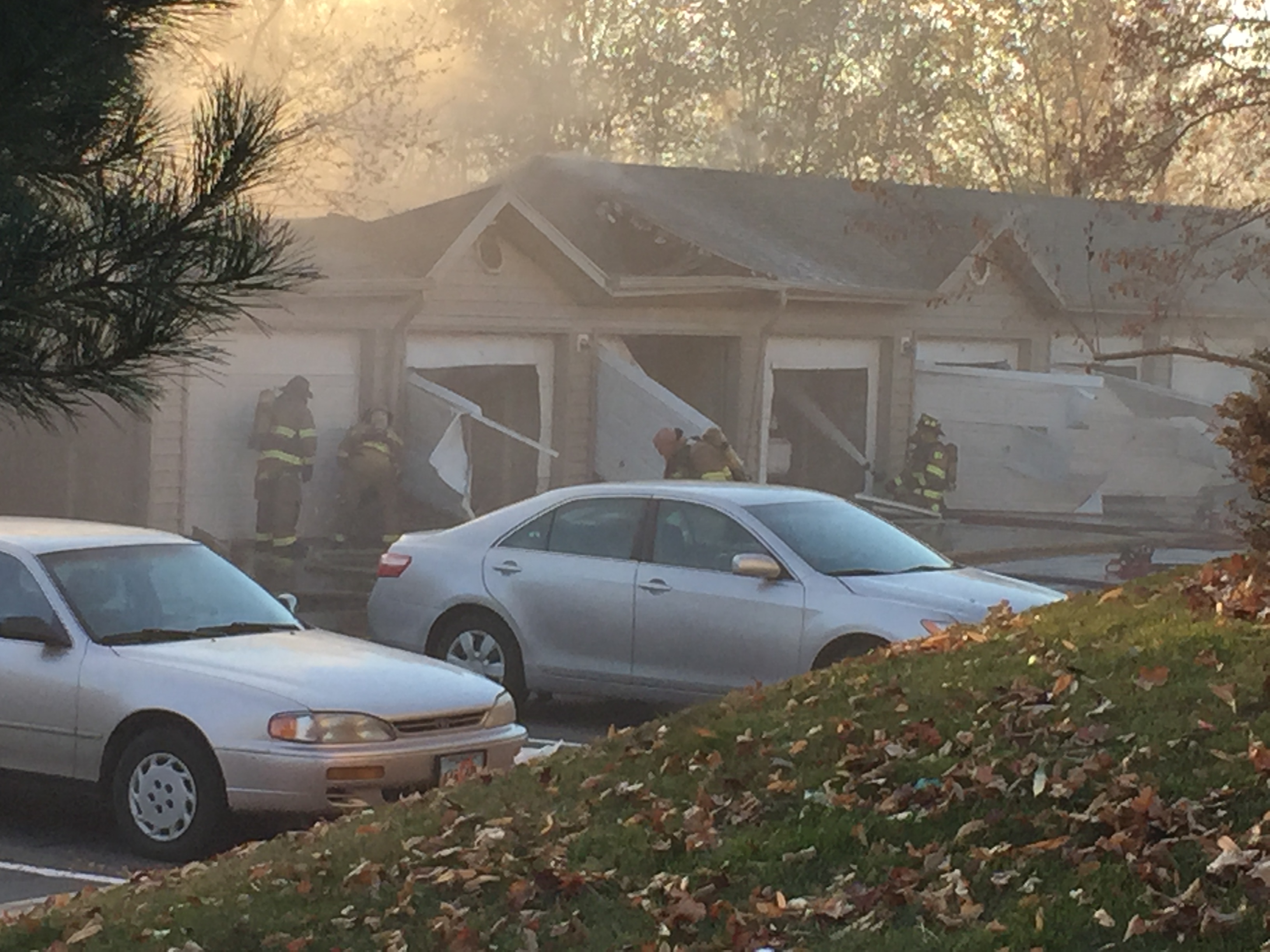 LEHI, Utah — Firefighters responded to a condo complex in Lehi Friday afternoon after a burning mattress sparked a larger blaze, and officials said the fire caused about $300,000 in damages and is suspected to be an incident of arson.

Officials with Lehi City Fire Department said the blaze broke out at the Westbury Condominiums, which is in the area of 1410 West 2958 North in Lehi, after someone set a mattress on fire behind a row of 30 garages at that complex.

The flames spread to trees and then to a garage and from there to the attic areas above the garages. Firefighters removed doors on 16 garages in order to save vehicles inside. The roof of one garage collapsed during the fire.

Fire officials said that those 16 garages will likely need to be demolished.

There were no injuries reported, and most of the vehicles escaped damage. However, the majority of belongings being stored inside the garages were destroyed. Photos from the scene show the damages to the complex, see the gallery above for those images.