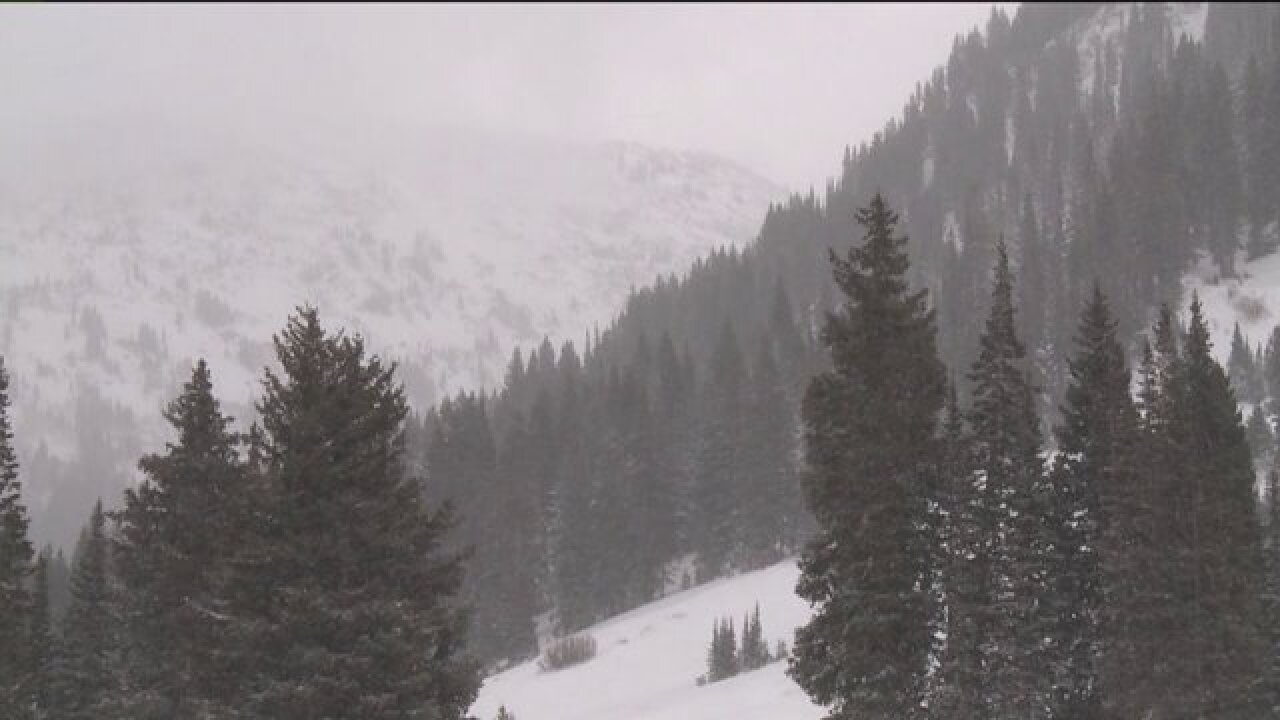 LITTLE COTTONWOOD CANYON, Utah --The slopes of Alta ski resort were supposed to open Sunday, but the storm that arrived overnight delayed the opening.

More than two feet of snow piled up on the mountain, and that coupled with strong winds and weak snow underneath made for unstable avalanche conditions.

“There’s just too many little things out there that are sneaking up on us today, so we’re going to clean them all up this afternoon and go skiing tomorrow,” Alta General Manager Onno Wieringa said.

“It’s really imperative for the resorts can get on this early, and that way they can knock down smaller avalanches before the snow builds up and larger avalanches are triggered,” he said.

But the work being done in Alta triggered an avalanche Sunday morning that went down Little Cottonwood Canyon between Alta and Snowbird ski resorts.

Officials with the Unified Fire Authority said the avalanche hit two homes and damaged the deck on one of them, which created a gas leak.
There were no injuries reported.