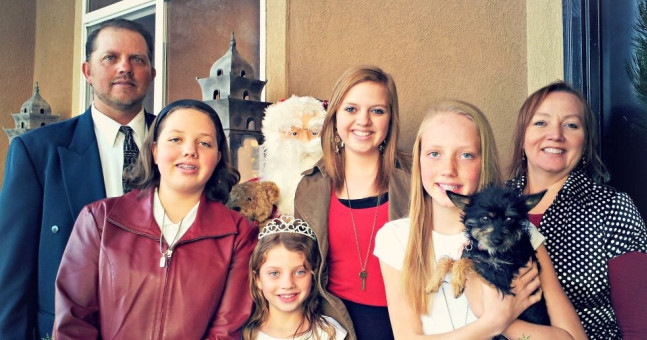 KAYSVILLE, Utah – A 12-year-old girl is dead after police said she was accidentally shot in a Kaysville home Sunday.

The Davis School District confirmed the girl was Adelaide Clinger.

Authorities were called to a home on the 1900 block of Cooper St. in Kaysville Sunday.

Officials did not provide details regarding the events leading to the shooting, however they said they wanted to be clear that there is no danger to the community in connection with the incident and that they are not looking for suspects.

Police said the teen was not the person handling the gun but did not elaborate.

Officials said the incident is a tragic accident and that there was no malice involved.

Paul Thompson of the Kaysville Police Department spoke about the incident.

“At about 2:30 today [Sunday] we received a call to this home on a report of a victim with a gunshot,” he said. “Medical personnel did respond on scene. They attempted life saving measures. The victim eventually succumbed to her injuries. At this time we are conducting an investigation into why this happened.”

Officials said she was a student at Centennial Junior High School, which will have grief counselors available for students Monday.

Steve Farnes lives in the neighborhood and he said the death has hit the entire community hard.

“She actually spoke in church today, and, so, a lot of people are, were really touched by this incident… We just want to tell this family that we love them and we are here from them,” he said.

Neighbors said that talk was about Thanksgiving and gratitude and they said the girl specifically mentioned her gratitude for her parents.

Farnes said his daughter is friends with the deceased and that the family has lived in the area for several years.

“They’re very good people, they’ve lived her in the community for two or three years now, their kids, and my daughter, and their daughter are friends,” he said.

A memorial fund has been set up to help the family cover funeral expenses here.