Fire crews investigating what sparked fire at Duchesne sawmill, no one injured 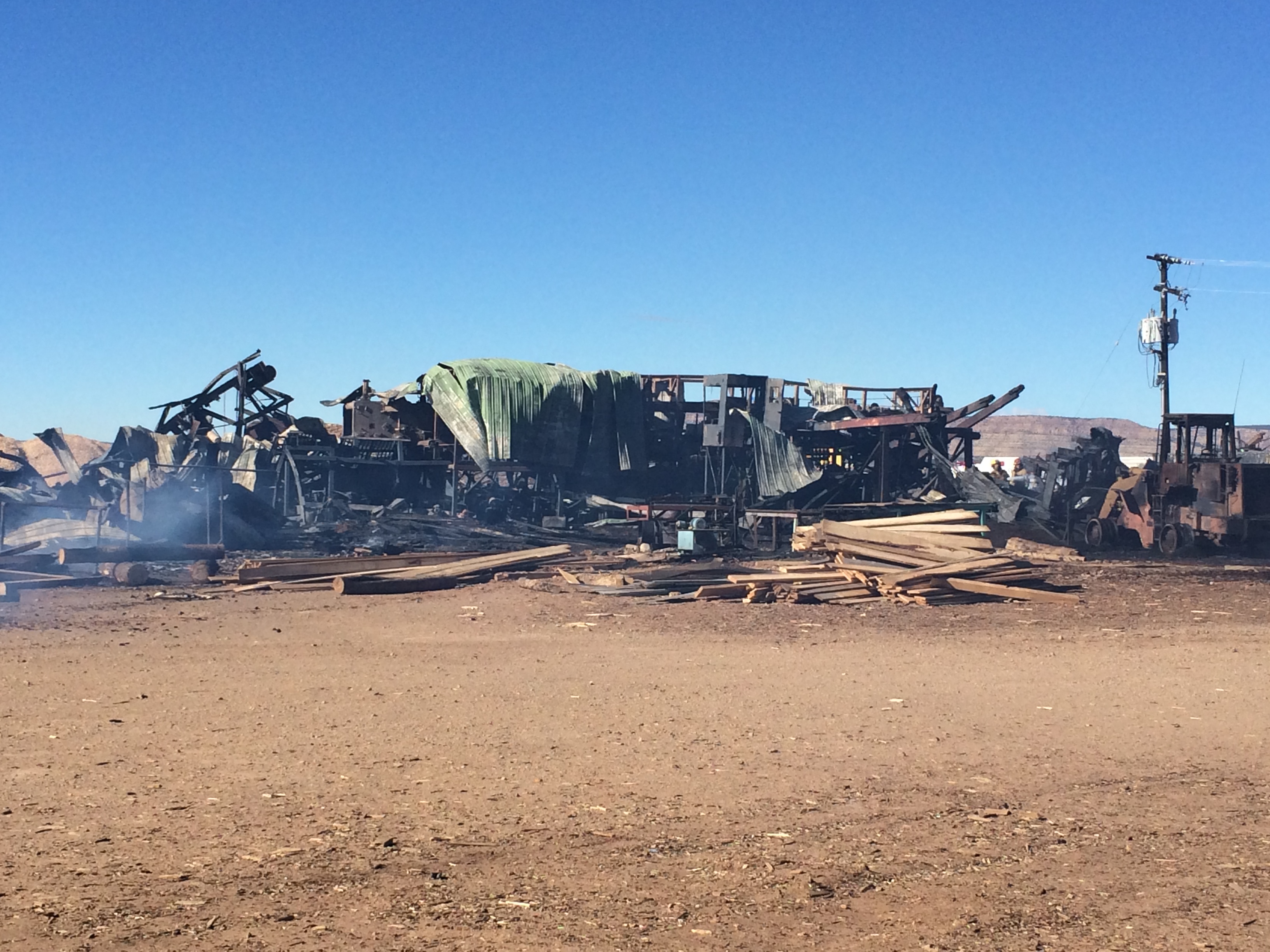 DUCHESNE COUNTY -- The Knotty Wood Products Sawmill in Duchesne lit up like a tinderbox overnight, as a fire ripped through the building destroying everything inside.

Fire investigators are now trying to figure how how the blazed sparked.

The local fire marshal says the blaze burned hot and fast because of the endless kindling at the site, which fueled the fire.

"The sawmill itself is a total loss," said Mike Lefler, Fire Marshal for Duchesne Fire and Emergency Management.

The sawmill owner showed up within minutes, but in that time the fire had already moved through the building. He said he just stood their and watched his life's work go up in flames.

"It was completely engulfed in flames," owner Sam Fabrizio.

Fire crews worked for hours throughout the night and morning, but high winds and an endless fuel supply kept the fire burning well into the day.

"Obviously a lot of fuel here to put out. The building had collapsed on top of the fuel, on top of the logs, on top of the lumber and the saw dust that was on fire," said Lefler "So we had the owner use their equipment - their track hoes and cats - and try to separate some of the stuff to work on putting the fire out."

Fabrizio bought the mill from his father and for the last 14 years he's tried to build up the company, but in minutes, the entire building was completely destroyed.

Despite that the owner says he'll get his employees back to work as soon as possible.

"It takes a lot for us to stop working. And it's never a good time. Nobody ever plans a fire. But we will make the best of it. We will rebuild bigger and better than we were," said Fabrizio.

The local fire marshal says he and the state fire marshal are still trying to find the source of the fire, which could take several days.

Nobody was injured and the business is insured.