Organizers of the protest say they're marching in support of Michael Brown and other people they say have died in the face of unchecked use of violence by police.

Protesters gathered at the Federal Building near 100 South in downtown Salt Lake City, listening to several speeches about Ferguson and about personal stories of what they call police brutality.

"They try to smear him by saying he used drugs. There's no drugs found in his system. There's no drugs in the toxicology report," said Cindy Moss, whose nephew Darrien Hunt was shot and killed by Saratoga Springs police officers in September.

"Dillon lifted his shirt to show that he had no weapon and Officer Cruz shot him two times and killed him on the spot," said Gina Thayne, whose nephew Dillon Taylor was killed by officers in Salt Lake City in August.

After the speeches, protesters marched down State Street towards the Federal Courthouse at 500 South, then the Public Safety Building at 300 East, and back to the Federal Building. 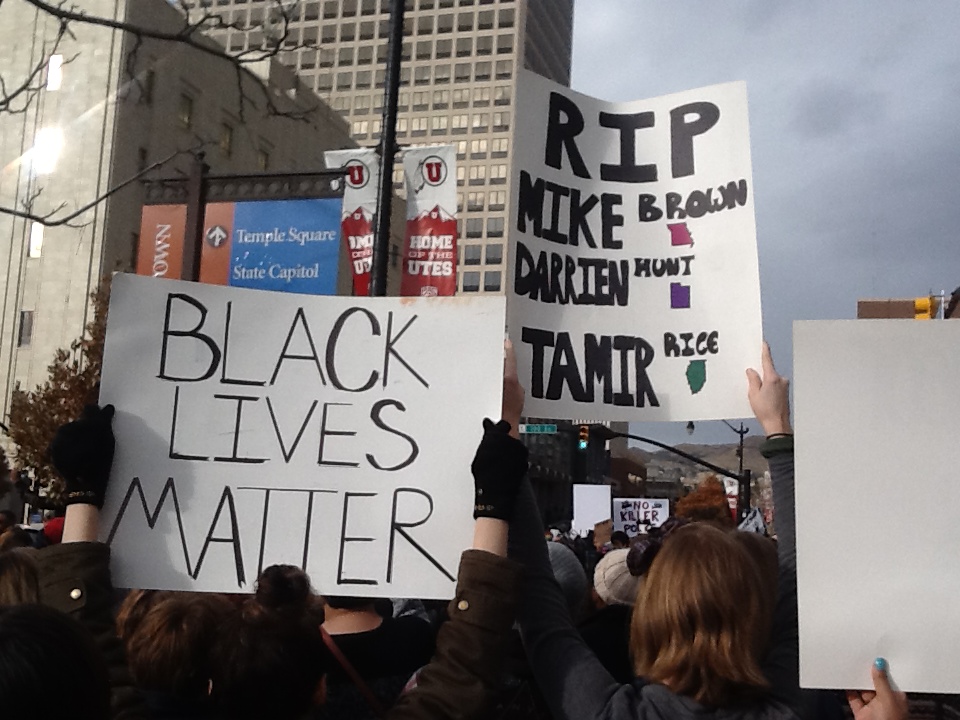