According to a Tooele dispatcher, the house at 205 Lakeview caught fire around 9:18 a.m. A man, woman  and a dog living at the home were able to escape safely.

North Tooele Fire tweeted the cause of the blaze was an unattended candle in the master closet. The candle ignited clothing and the flames then spread to the attic.

Police told FOX 13 they had to stop the man from re-entering the home to save some personal items.

Fire officials from North Tooele County Fire District and other agencies responded to the scene.

Residents of nearby homes were evacuated as a precaution.

Watch FOX 13 News and fox13now.com for updates as they become available. 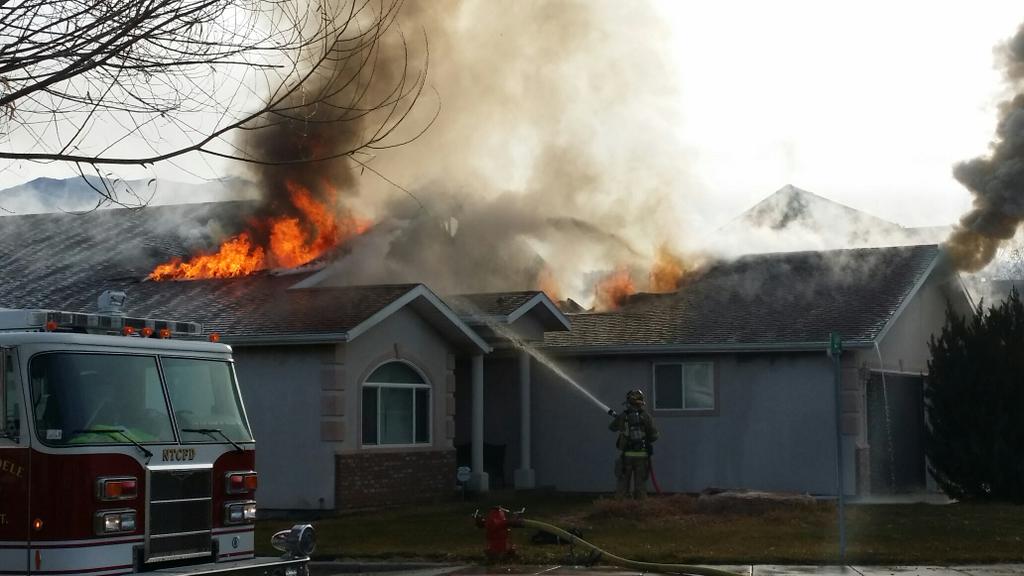